During the production of the first printed edition of the Book of Mormon in 1830, the typesetter forgot to include 35 words in what would later become Alma 32:30.

What is even stranger is that the text (shown in red) was not corrected in future editions of the BOM – until it was added, without fanfare, to the 1981 edition.

Was it simply ignorance or potential embarrassment that led the church to allow the members to trust more in the typesetter, than the prophet, during this 151-year gap? 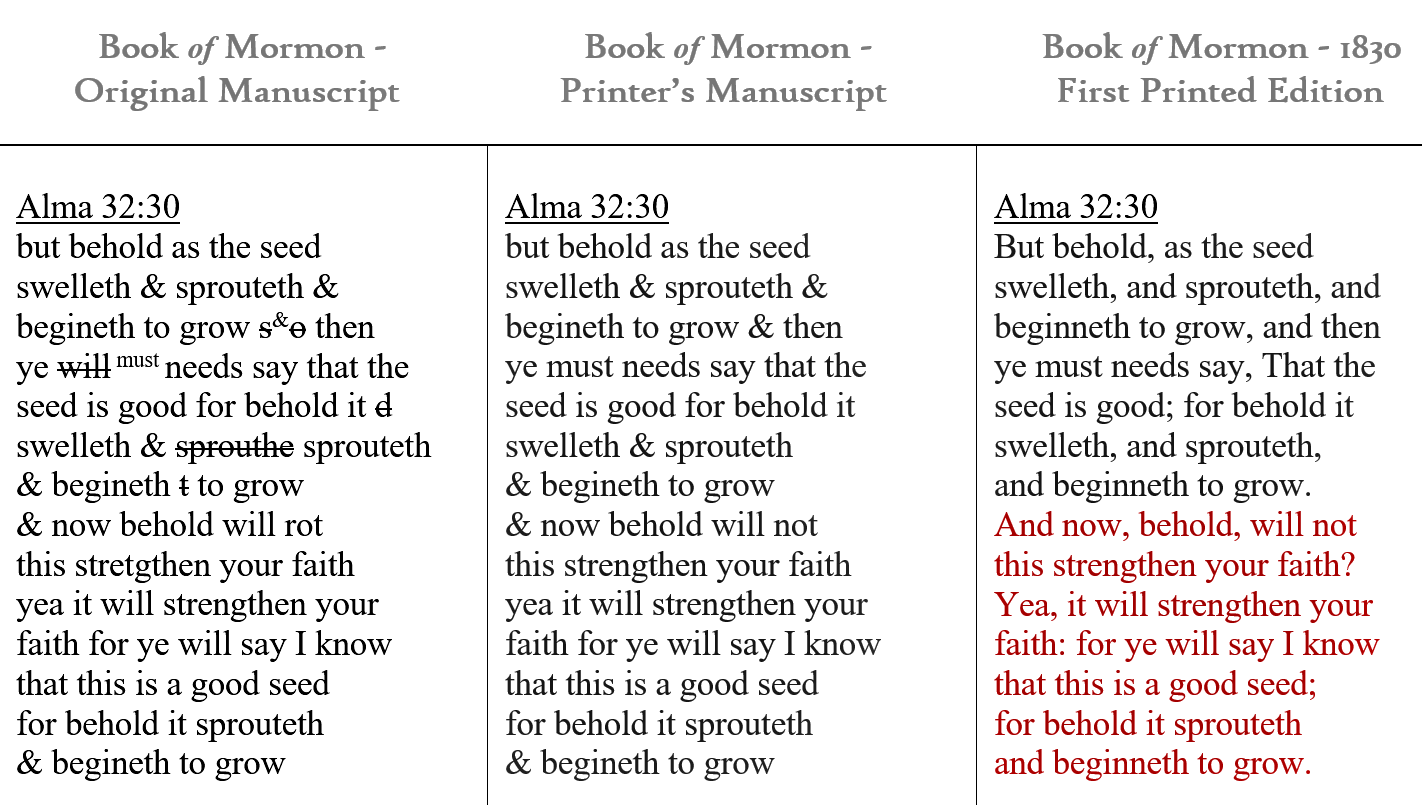