“Alma 10:51 // Context: Amulek speaking to the people of Ammonihah

“Did you catch that? The switch from Amulek saying ‘I never had known’ to saying ‘I mistake, for I have seen.’

“It’s not a honing or restatement of meaning, but rather a complete reversal from the first claim to the second claim.

“That’s what happens when the mouth is running faster than the mind (we all have that problem now and again, right?).

“But this is important to note: This isn’t the type of mistake that a person makes who is engraving words on a metal plate. It’s a lot of extra and unnecessary words, and a lot of extra work.

“This also isn’t the type of mistake that a person leaves in a text, when revising the draft of a work. In other words, it’s not “refined” (mechanically or, for that matter, stylistically).

“This is, however, the type of mistake and immediate self-correction and oral revision that occurs in spoken (dictated) scenarios.

“What this tells us: When Joseph Smith dictated the Book of Mormon, he was involved in the process as an active contributor to the language of the text.” 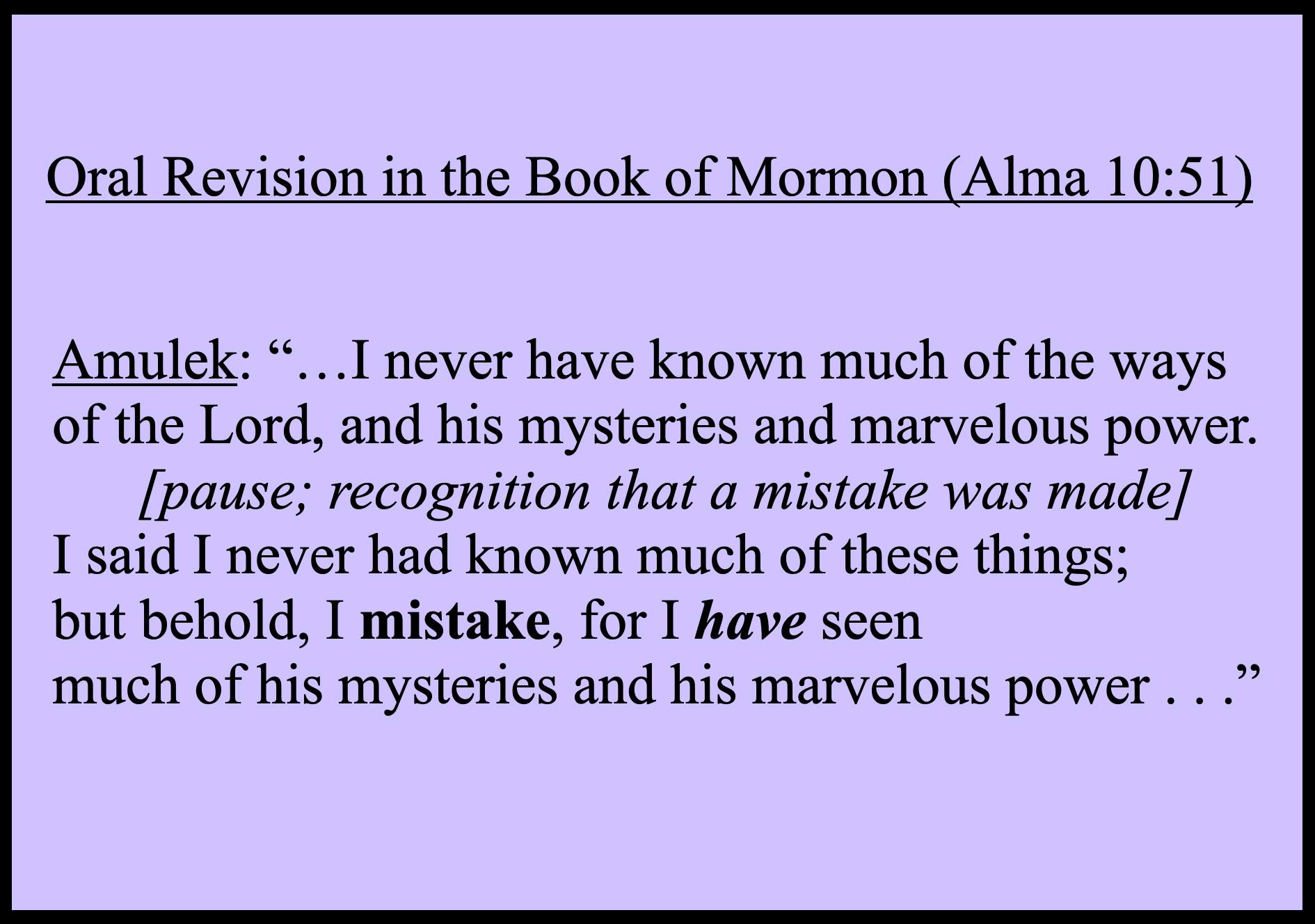