“Here is an example of an oral correction [Alma 52:6]. It’s not the kind of alteration that occurs in a revised, written work (such mistakes in a draft would be clarified or removed in the final form). Rather, it reveals a moment when the writer/translator stated one idea, but then immediately decided to revise the idea in the moment of oral composition.

“Again, this points to Joseph Smith as the source: whether as the translator of an ancient text or the author of the work (choose what you want to believe), this kind of textual evidence points to a process in which Joseph was actively involved in choosing the words to articulate the text of the Book of Mormon (i.e., he wasn’t reading the words off the surface of a seer stone or Urim and Thummim).” 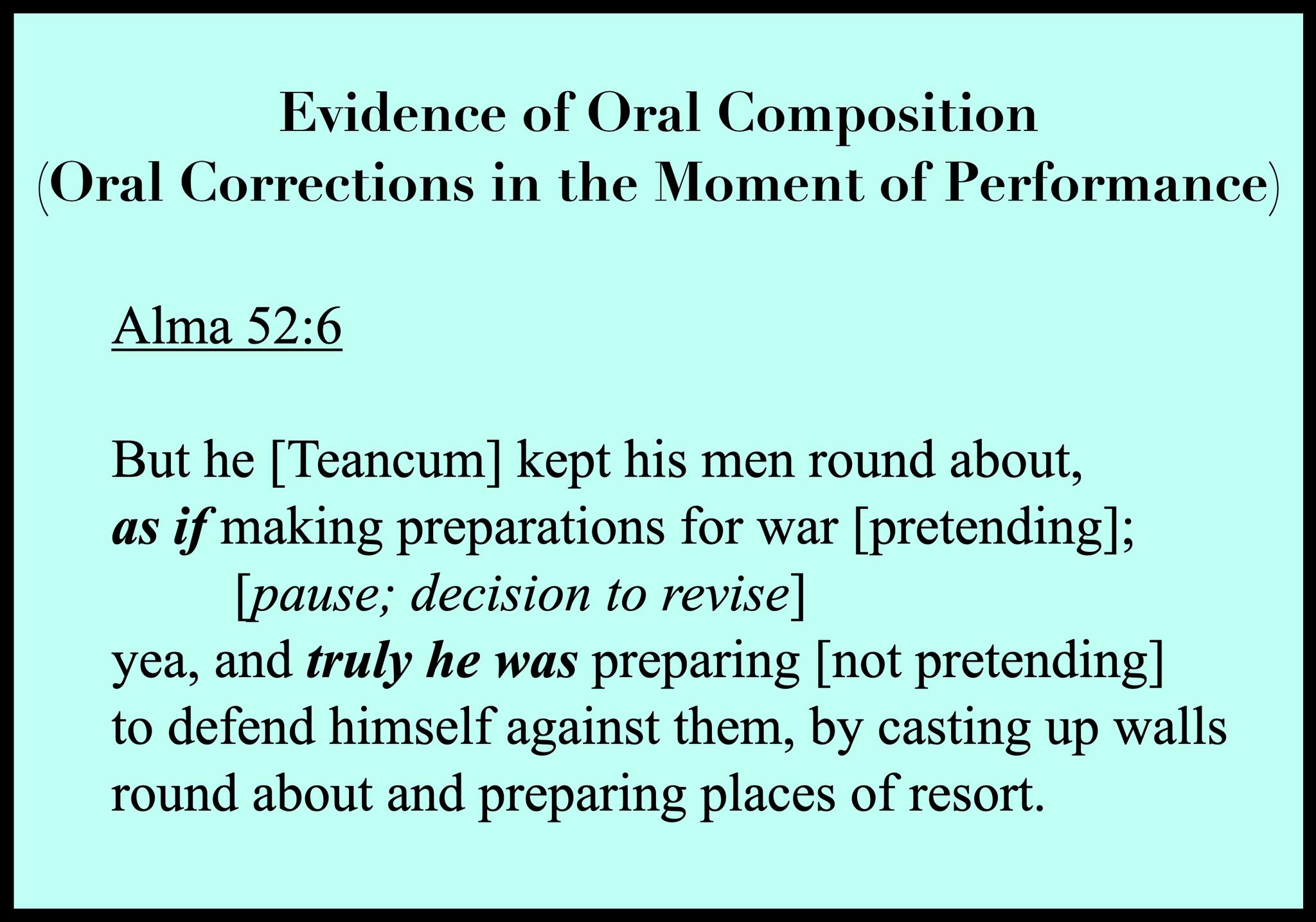