“I may safely say that the word Mormon stands independent of the learning and wisdom of this generation. – Before I give a definition, however, to the word, let me say that the Bible in its widest sense, means good; for the Savior says according to the gospel of John, ‘I am the good shepherd;’ and it will not be beyond the common use of terms, to say that good is among the most important in use, and though known by various names in different languages, still its meaning is the same, and is ever in opposition to bad. We say from the Saxon, good; the Dane, god; the Goth, goda; the German, gut; the Dutch, goed; the Latin, bonus; the Greek, kalos; the Hebrew, tob; and the Egyptian, mon. Hence, with the addition of more, or the contraction, mor, we have the word MORMON; which means, literally, more good.”

“Thus Joseph Smith maintained that the word ‘Mormon’ was part English (Mor) and part Egyptian (Mon). According to Dr. William F. Albright there is no word resembling ‘mon’ in Egyptian meaning ‘good.’ Even if there were, however, it would leave unexplained how an Egyptian word managed to be combined with an English word hundreds of years before there was a written language. Nor would it explain how such a name could appear in use on the American continent by approximately 150 B.C.”

Wesley Walters, The Use of the Old Testament in the Book of Mormon (Salt Lake City, UT: Utah Lighthouse Ministry, 1981), 24. 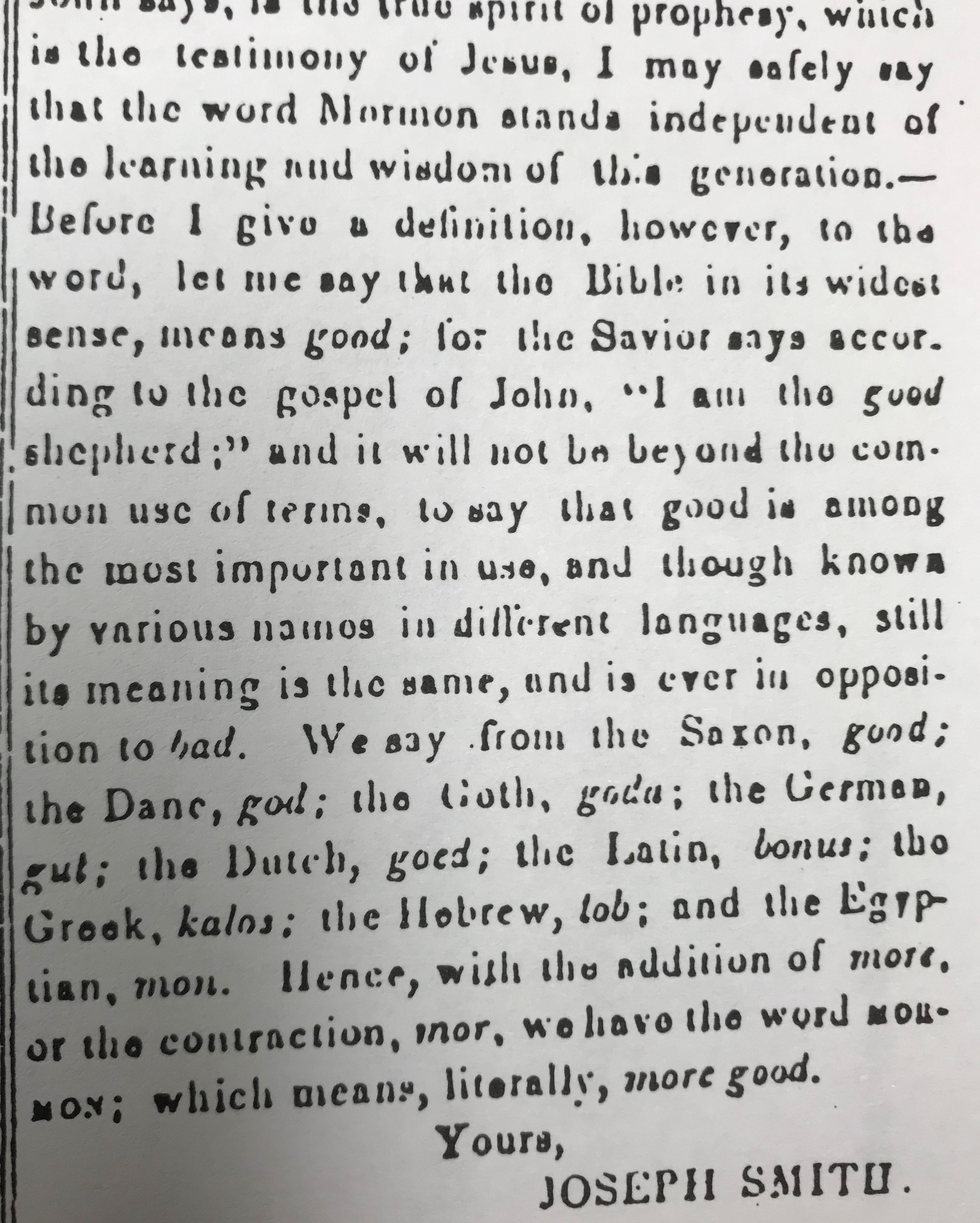