“Joseph believed that one Samuel T. Lawrence was the man alluded to by the spirit, and went with him to a singular looking hill, in Manchester, and shewed him where the treasure was. Lawrence asked him if he had ever discovered any thing with the plates of gold; he said no: he then asked him to look in his stone, to see if there was any thing with them. He looked, and said there was nothing; he told him to look again, and see if there was not a large pair of specks with the plates; he looked and soon saw a pair of spectacles, the same with which Joseph says he translated the Book of Mormon. Lawrence told him it would not be prudent to let these plates be seen for about two years, as it would make a big disturbance in the neighborhood. Not long after this, Joseph altered his mind, and said L[awrence]. was not the right man, nor had he told him the right place.”~ 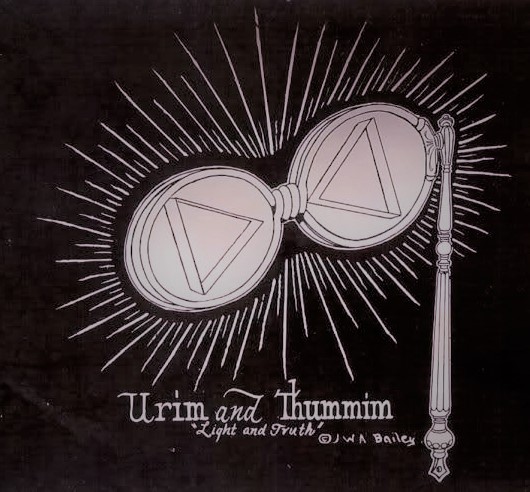