“[Here] is a photo of an orca leaping out of the water, possibly out of sheer joy that it isn’t a Mormon and isn’t forced to sit through a three hour block every Sunday, but who knows. The island in the background is Orcas Island. It is the largest Island in Washington State’s San Juan archipelago. The waters surrounding Orcas island are frequented by so many orcas, that there are three different whale watching tour operators located on the island and several more on other nearby islands.

“USA Today gives the following advice to anybody wishing to see these magnificent creatures in their natural environment:

‘In North America, your best bet is to head to the islands at the northern tip of Washington state near Bellingham and Anacortes, Washington. These small islands, including San Juan Island and Orcas Island, are the orcas’ home base in the States.’

“The next time a Mormon apologist tells you the discovery of altars in Yemen at a place called NHM prove that the Book of Mormon is true, show them this picture, and then tell them how illogical they are.

“Nahom, according to the Book of Mormon, was the place where Ishmael was buried when Lehi and his family were traveling through the desert after fleeing Jerusalem. Ancient altars were discovered in a place in Yemen called NHM. This is in the same general area where the Book of Mormon says Lehi and his family would have passed through. Hebrew doesn’t use vowels when writing, so NHM could have been Niham, Nuhem, or any of many other combinations, but it could actually be Nahom.

“Additionally, one, of several possible, semitic root words for Nahom means to comfort or console, and NHM was the location of an ancient burial site, which apologists claim lends credence to the theory that NHM is the Book of Mormon’s Nahom.

“Many Mormon apologists say this is proof that the Book of Mormon is true. Terryl Givens said that the discovery of the altars…

‘[M]ay thus be said to constitute the first actual archaeological evidence for the historicity of the Book of Mormon’ and ‘the most impressive find to date corroborating Book of Mormon historicity.’

“In the video produced by FAIR called Journey of Faith several BYU professors commented on Nahom:

“Daniel C. Peterson, Professor of Islamic Studies and Arabic, BYU, ‘The finding of Nahom strikes me as just a tremendously significant discovery.’

“Noel B Reynolds, director of FARMS, BYU, ‘The gazetteers of Joseph Smith’s day listed no such place.’

“Peterson: ‘What it really is, is a kind of prediction by the Book of Mormon, or something that we ought to find.’

“William J Hamblin, Professor of Middle Eastern History, BYU, ‘Now the chances of finding that exact name from the exact time, in that exact place, by random chance, are just astronomical.’

“Peterson: ‘And to find it in the right location, at the right time, is a really striking bulls eye for the book and there are those who say the book has no archeological substantiation. That’s a spectacular substantiation right there, it seems to me. Something that would have been unexpected. It’s so unlikely that Joseph Smith could have woven into his story on his own.’

“Hamblin: ‘The Book of Mormon has text, has made a complex prediction and modern archeology actually confirms that prediction.’

“Peterson: ‘It’s a direct bulls-eye, as precise as you could wish it to be.’

“Seems clear cut. Looks like it’s time to repent and go back to church. They found Nahom, right where it’s supposed to be. You can’t argue with that…or can you? And what the hell does this have to do with orcas, anyways?

“You might think that the previously discussed Orcas Island was so named because of all the orcas that live in its surrounding waters. That’s what I have always thought and it makes perfect sense, but it’s not true.

“Orcas is the shortened form of Horcasitas who was the Viceroy of Mexico who sent an expedition to the Pacific Northwest in 1791. His full name/title was Senor Don Juan Vicente de Guemes Pacheco y Padilla Orcasitees y Aguayo Conde de Revilla Gigedo. Orcas Island was named after him. His name was so long, they also named San Juan Island and Guemes Island after him. He is the San Juan in the San Juan Islands.

“If they didn’t name Orcas Island after orcas, then the orcas themselves must be named after Orcas Island, which makes sense since they congregate around the island. Or maybe they were named after the Viceroy which would also make sense since he sponsored the expedition. His men discovered these orcas and named them after him. Interesting bit of trivia, except…it didn’t happen that way.

“Orcas is an ancient Roman name for the species, possibly borrowed from ancient Greeks. It was in use for millennia before Orcas Island was named after the Viceroy.

“So, Orcas Island, which is well known for its orcas, was named for a Mexican Viceroy, and orcas is an ancient Roman name that had nothing to do with the Viceroy. The only logical conclusion is that the Orcas Religion is the one true religion and we must all immediately bring buckets of raw fish to Orcas Island as tribute to our new Orca Overlords, or, maybe…just maybe…it’s a coincidence, a HUGE coincidence.

“Maybe, sometimes in a world as big, and old, and as wonderful as ours, things randomly happen and unrelated things can have the appearance of being related, when they’re not.

“Instead, out of all the Middle East, the Arabian Peninsula, South America, and North America, there’s just a few old altars in a forgotten corner of Yemen, in a place with a name that could be similar to the Book of Mormon name. This is what some call ‘the most impressive find to date corroborating Book of Mormon historicity.’ What a low bar these apologists set for themselves, but then, in their chosen avocation, they really don’t have any other choice, do they?” 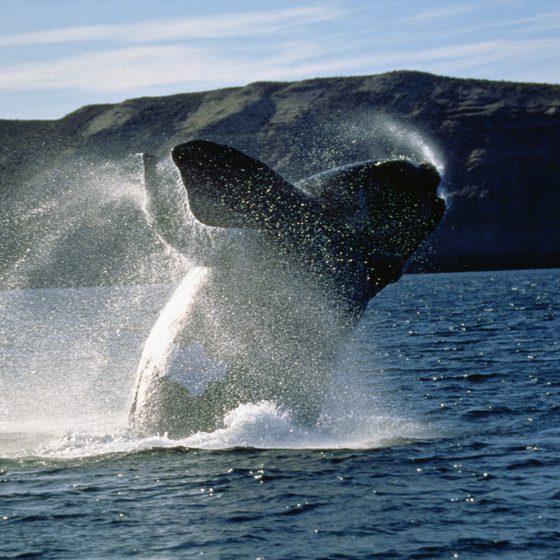