“While engaged in prayer a light appeared in the heavens, and descended until it rested upon the trees where he [Joseph Smith, Jr.] was. It appeared like fire. But to his great astonishment, did not burn the trees. An angel then appeared to him and conversed with him upon many things. He told him that none of the sects were right; but that if he was faithful in keeping the commandments he should receive, the true way should be made known to him; that his sins were forgiven, etc. A more elaborate and accurate description of his vision, however, will be found in his own history. “The next day…the angel again appeared to him, and told him to call his father’s house together and communicate to them the visions he had received, which he had not yet told to any one… After we were all gathered, he arose and told us how the angel appeared to him; what he had told him as written above; and that the angel had also given him a short account of the inhabitants who formerly resided upon this continent, a full history of whom he said was engraved on some plates which were hidden, and which the angel promised to show him… All of us, therefore, believed him, and anxiously awaited the result of his visit to the hill Cumorah, in search of the plates containing the record of which the angel told him.” 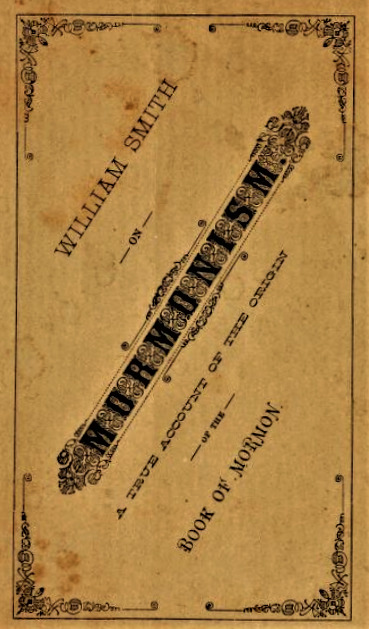