Several years before this more “official” version of the First Vision was released to the public, the Lectures on Faith revealed Joseph Smith lied about the physical nature of God the Father:

“There are two personages who constitute the great, matchless, governing and supreme power over all things – by whom all things were created and made, that are created and made, whether visible or invisible: whether in heaven, on earth, or in the earth, under the earth, or throughout the immensity of space – They are the Father and the Son: The Father being a personage of spirit, glory and power: possessing all perfection and fullness: The Son, who was in the bosom of the Father, a personage of tabernacle, made, or fashioned like unto man, or being in the form and likeness of man, or, rather, man was formed after his likeness, and in his image.” 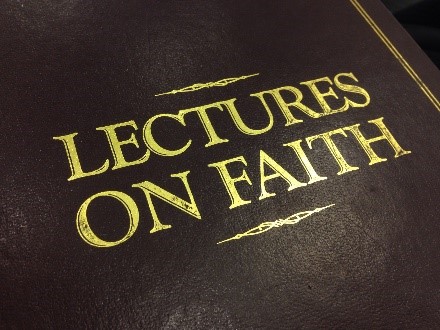