“The relation in which [Joseph] Smith stands to the church, is that of a Prophet, Seer, Revealer, and Translator; and when he speaks by the Spirit, or says he knows a thing by the communication of the Spirit, it is received as coming directly from the mouth of the Lord. When he says he knows a thing to be so, thus it must stand without controversy. A question is agitated between two Elders of the church – whether or not a bucket of water will become heavier by putting a living fish in it. Much is said by each of the disputants; when at length, Smith decides in the negative, by saying – ‘I know by the spirit, that it will be no heavier.’ Any person who chooses, may easily ascertain by actual experiment, whether the Prophet was influenced in this decision by a true or false spirit.” 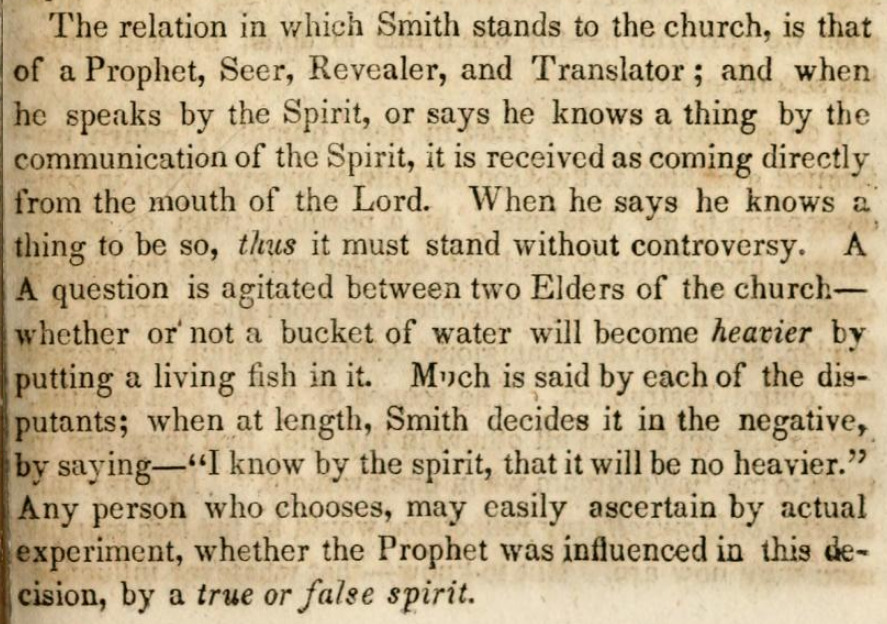