“He [Brigham Young] unmistakably declares man’s origin to be altogether of a celestial character – that not only is his spirit of heavenly descent, but his bodily organization too, – that the latter is not taken from the lower animals, but from the originally celestial body of the great Father of Humanity.

“Taking the doctrine of man’s origin as seen from this higher point of view, and comparing it with the low assumptive theories of uninspired men, such as those we have alluded to, how great the contrast appears! ‘Look on this picture’ – Man, the offspring of ape! ‘And on this’ – Man, the image of God, his Father!” 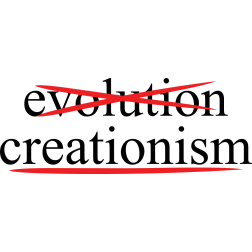