“Adam, our great progenitor, ‘the first man,’ was, like Christ, a pre-existent spirit, and like Christ he took upon him an appropriate body, the body of a man, and so became a ‘living soul.’ The doctrine of the pre-existence,— revealed so plainly, particularly in latter days, pours a wonderful flood of light upon the otherwise mysterious promblem [sic] of man’s origin. It shows that man, as a spirit, was begotten and born of heavenly parents, and reared to maturity in the eternal mansions of the Father, prior to coming upon the earth in a temporal body to undergo an experience in mortality. It teaches that all men existed in the spirit before any man existed in the flesh, and that all who have inhabited the earth since Adam have taken bodies and become souls in like manner.

It is held by some that Adam was not the first man upon this earth, and that the original human being was a development from lower orders of the animal creation. These, however, are the theories of men. The word of the Lord declares that Adam was ‘the first man of all men’ (Moses 1:34), and we are therefore in duty bound to regard him as the primal parent of our race. It was shown to the brother of Jared that all men were created in the beginning after the image of God; and whether we take this to mean the spirit or the body, or both, it commits us to the same conclusion: Man began life as a human being, in the likeness of our heavenly Father.

“True it is that the body of man enters upon its career as a tiny germ or embryo, which becomes an infant, quickened at a certain stage by the spirit whose tabernacle it is, and the child, after being born, develops into a man. There is nothing in this, how- ever, to indicate that the original man, the first of our race, began life as anything less than a man, or less than the human germ or embryo that becomes a man.

“Man, by searching, cannot find out God. Never, unaided, will he discover the truth about the beginning of human life. The Lord must reveal Himself, or remain unrevealed; and the same is true of the facts relating to the origin of Adam’s race— God alone can reveal them. Some of these facts, however, are already known, and what has been made known it is our duty to receive and retain.

“The Church of Jesus Christ of Latter-day Saints, basing its belief on divine revelation, ancient and modem, proclaims man to be the direct and lineal offspring of Deity. God Himself is an exalted man, perfected, enthroned, and supreme. By His almighty power He organized the earth, and all that it contains, from spirit and element, which exist co-eternally with Himself. He formed every plant that grows, and every animal that breathes, each after its own kind, spiritually and temporally — ‘that which is spiritual being in the likeness of that which is temporal, and that which is temporal in the likeness of that which is spiritual.’ He made the tadpole and the ape, the lion and the elephant; but He did not make them in His own image, nor endow them with Godlike reason and intelligence. Nevertheless, the whole animal creation will be perfected and perpetuated in the Hereafter, each class in its ‘distinct order or sphere,’ and will enjoy ‘eternal felicity.’ That fact has been made plain in this dispensation (Doctrine and Covenants, 77:3).

“Man is the child of God, formed in the divine image and endowed with divine attributes, and even as the infant son of an earthly father and mother is capable in due time of becoming a man, so the undeveloped offspring of celestial parentage is capable, by experience through ages and aeons, of evolving into a God.” 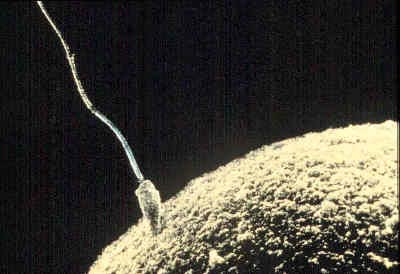