Leaders of the LDS Church have been very clear about the accuracy of Joseph Smith’s History of the Church. Joseph Fielding Smith stated:

“The most important history in the world is the history of our Church, and it is the most accurate history in all the world, it must be so.”

“Joseph was sincere or he would have permitted some events to be hidden and only major concerns of the Church to come before the public. There was no undercover planning in his work – there was nothing to hide… the use of the modern printing press ensured the continued existence of the correct history of the Church.”

“The History of the Church and the utterances therein contain, if read properly, a continued evidence that Joseph Smith told the truth… Throughout all of his writings runs the simple spirit of truth… There is in them no attempt to ‘cover up’ any act of his life… Mormon history and doctrine have been carefully preserved in the published records of the Church – and all has been published.”

“The History of Joseph Smith, published by the Church, as to events and dates, may be accepted as an unusually accurate historical document. It will increase in importance with the years and become more and more a proof of the honest sincerity of the founders of the Church in this dispensation. The history is trustworthy. No flaws have been found in it.”

In a letter dated 12 May 1966, Mormon theologian Dr. Hugh Nibley stated: “There have been no changes in Joseph Smith’s History.”

The history itself claims:

“No historical or doctrinal statement has been changed.”

The same history Mormons claim was never changed, is flawless, and is the most accurate history in all the world, openly gives us information that it was tampered with:

“Moreover, since the death of the Prophet Joseph, the history has been carefully revised under the strict inspection of President Brigham Young, and approved by him.”

There have been more than 62,000 words added or deleted to the original Joseph Smith History of the Church. 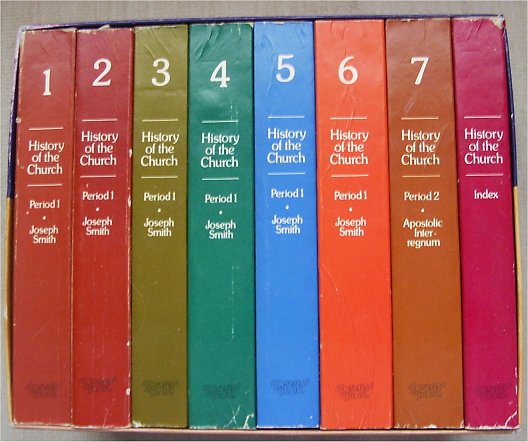