CHARGE: Latter-day Saints are subject to death if they reveal temple secrets.

REALITY: The word “subject” might not be the best word to use to characterize this. In the early days of the Mormon Church, there are fully documented examples of people being executed for breaking their covenants of the temple. Many of these murders were people who committed adultery. The preferred method in the early Mormon culture of execution was slitting the throat, which was also graphically represented in the temple ceremony.

A modern-day example of this being carried out by people that follow this mindset is the case of the 1984 Utah Lafferty Brothers murders. Feeling that they were commanded by God, they slit the throat of the victim they suspected of apostasy.

Not all Mormons made this blood oath. Pre-temple Mormons can discuss the secrets of the temple freely even though it is frowned upon by the hierarchy.

The explicit ‘Penalties of Death’ were removed from the temple ceremony in 1990. They were never officially revoked, repudiated, disclaimed, discharged or canceled; just discontinued. This is a perfect example of how the LDS Church operates. Most of the major changes made in the Mormon Church are not voted upon by the members; instead, they magically appear (or disappear) without any explanation why.

[Note: I originally went through the temple in 1980. During this time the patrons were all advised that if we broke the covenants we made in the temple or even simply revealed them, that there were various ways that your life could be taken, because “God will not be mocked.” These included throat slitting, vivisection, and disembowelment. The patron is not informed who has the authority to execute the guilty, so I was never sure if that was to be left up to God or to the Church authorities. I’m a living example this threat is false, as I’ve spoken of the things in the temple openly for years, with no adverse consequences]

Although the penalties are not revealed in the current version of temple worship, the patron is well aware of the strict form of secrecy associated with the rituals. 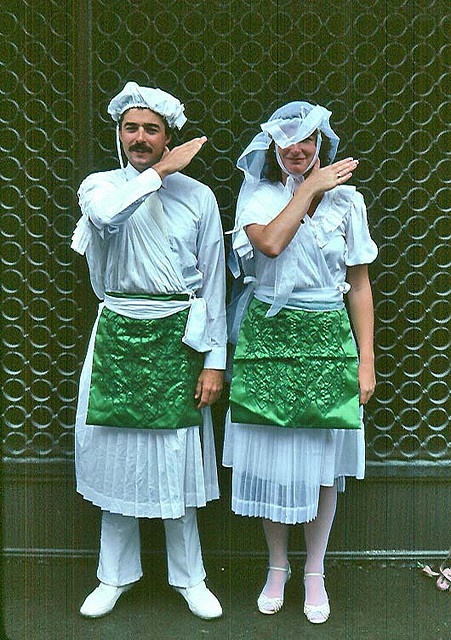