“Mormonism, as it is called, must stand or fall on the story of Joseph Smith. He was either a prophet of God, divinely called, properly appointed and commissioned, or he was one of the biggest frauds this world has ever seen. There is no middle ground.

“If Joseph Smith was a deceiver, who wilfully attempted to mislead the people, then he should be exposed; his claims should be refuted, and his doctrine shown to be false, for the doctrines of an impostor cannot be made to harmonize in all particulars with divine truth. If his claims and declarations were built upon fraud and deceit, there would appear many errors and contradictions, which would be easy to detect. The doctrines of false teachers will not stand the test when tried by the accepted standards of measurement, the scriptures.” 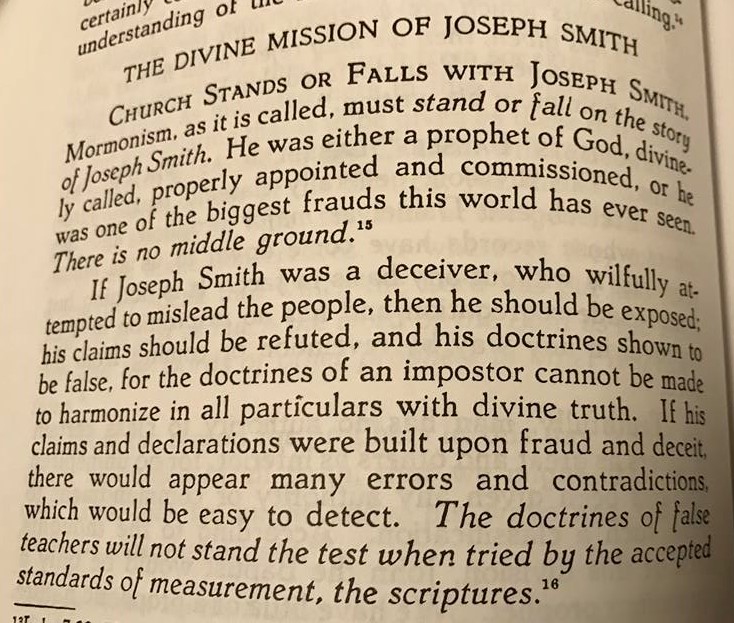