“As a member of the USO Council I asked President McKay if the Church-owned Deseret Gymnasium could be open to the soldiers just as the YMCAs all over the country had opened their doors. President McKay’s quick response was: ‘Yes, their uniform will be their entrance ticket.’ At the next Council meeting I was informed that some of the soldiers had been turned away by the gymnasium authorities. President McKay inquired and was told that they were negro soldiers and that business men in town, who used the gym would not tolerate swimming with negros. He asked me to try to ‘smooth the matter over,’ a painful task for me. At the time black soldiers had their own USO location in Salt Lake City. I was disappointed in President McKay’s not taking a stronger stand.” 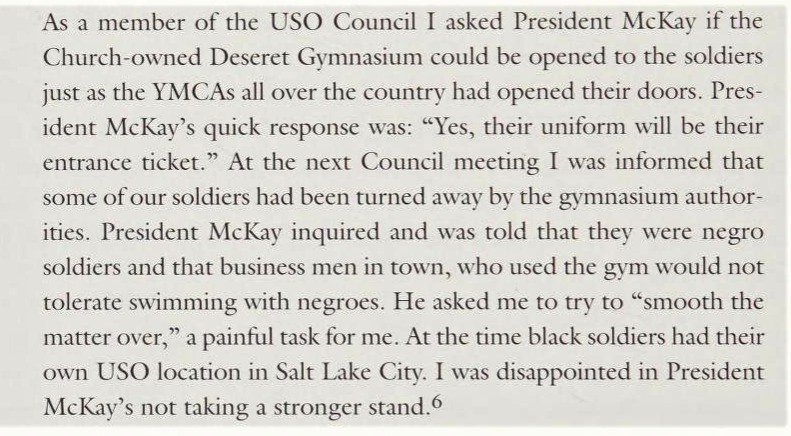