“Being the editor of a Church-owned newspaper has not always been easy for me. The hardest thing I believe I’ve ever encountered was reporting of the destruction of the Coalville tabernacle by the Church. I found it hard to report it like it should really have been reported. I mean, here is the uncalled-for destruction of an old and historic structure by the same people who own the newspaper I edit. What am I supposed to do?” 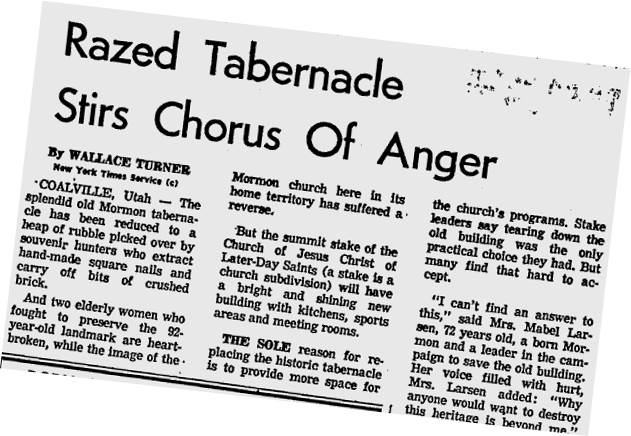