This is the second marriage of Joseph Smith to an older woman, and the first time the wife was more than 10 years older.

Joseph Smith married Patty while she was still wed to David Sessions. David was apparently unaware of this union.

More was written about her daughter (Sylvia Porter Sessions-Lyon-Smith-Kimball-Clark) than about her; even though this wedding marks the first-time Joseph Smith married a Mother-Daughter pair.

Having begun in Maine, her travels are among the most difficult recorded, and her circumstances upon arriving in Utah were not much better.

Joseph Smith died in 1844. David Sessions died less than 6 years later. In December 1851 Patty married John Parry in a union that was never very successful because of her jealousy toward John taking on another wife.

Patty was a midwife who claimed to have delivered 3,977 babies in her lifetime. Two Hundred Forty-Eight of the births occurred during her first year in Utah.

Patty was unwed for the final quarter-century of her life. 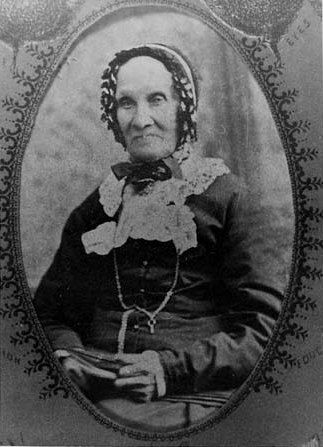