“This great apostacy commenced about the close of the first century of the Christian era, and it has been waxing worse and worse from then until now. A short time after the death of the last of the Apostles, the Christian Church, what few of them remained, were persecuted from mountain to mountain, from den to den, from one cave of the earth to another, and from nation to nation until they were entirely exterminated and rooted out of the earth. Well, what was left? An apostate Christianity, a Christianity without revelators, without any voice of God, without any Prophets to unfold the future, without visions, without any communications from the heavens.” 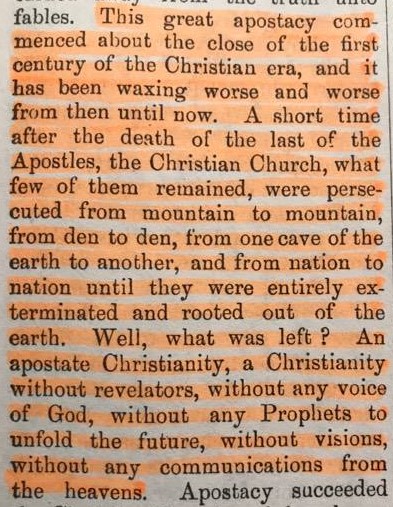