“Deity in his infinite wisdom, to carry out his inscrutable purposes, has a caste system of his own, a system of segregation of races and peoples. The justice of such a system is evident when life is considered in its true eternal perspective. It is only by a knowledge of pre-existence that it can be known why some persons are born in one race or caste and some in another. Segregation and caste systems will continue on in a future eternity; the righteous will go to paradise and the wicked to hell; and finally all men will be segregated into kingdoms – each separate from the others – according as their works have been.”

The 1979 edition – which was published the year following the lift of the priesthood ban – remains the same, except the words segregation of were removed from the quote above. 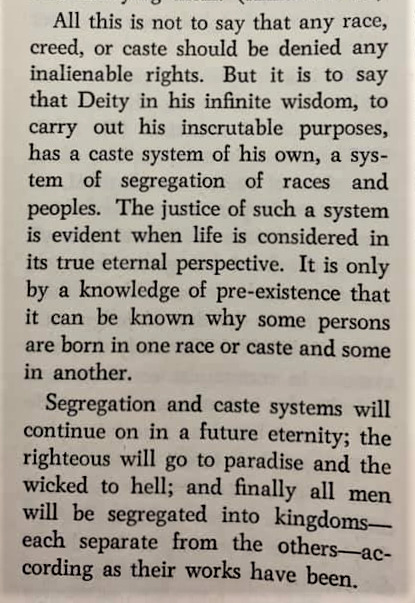