In preparing their vessels to travel, the Jaredites…

“…collected ‘deseret, which, by interpretation, is a honey bee’ (Ether 2:3). Why Moroni draws specific attention to the honey bee is intriguing. Perhaps Smith knew of the ongoing debate over the origin of the bee in America -1, specifically whether they were indigenous or of Old World extraction. Early Mormon convert W. W. Phelps was aware of this debate. ‘Before the flood,’ he wrote in 1833: ‘bees might have been in every part of the world, but since Noah left them on the other side of the Atlantic, unless brought by man they would not have been able to cross it.’ -2 Phelps cited the Book of Mormon’s mention of ‘deseret’ as the resolution to a ‘great mystery.’ However, the presence of the honey bee in the New World dates to after European colonization.”-3 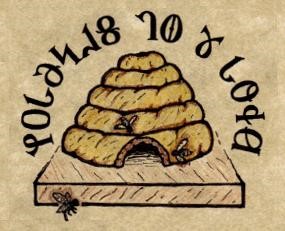