Poisoning was not uncommon in the 19th Century. The use of small doses of poison (particularly arsenic) to kill a victim, was well understood, and utilized, during the early 1800s. Indeed, the accusation that Joseph Smith used poison on his enemies is not a stretch when you understand that he acknowledged the use of this technique while writing the Book of Mormon:

“& it came to pass that Ameleckiah caused that one of his Servants should administer poison by degreas [degrees] to Lehonti that he died[.]” (Alma 47:18). 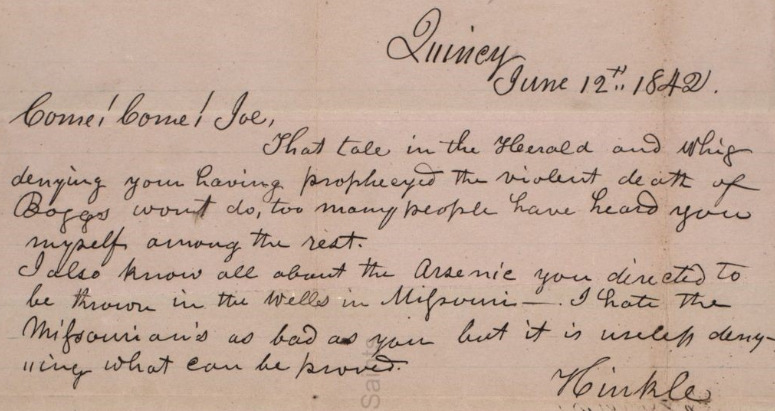