“And now it came to pass when the Lamanites had found that the people of Limhi had departed out of the land by night, that they sent an army into the wilderness to pursue them; And after they had pursued them two days, they could no longer follow their tracks; therefore they were lost in the wilderness.”

“After paying a tribute of wine to the Lamanite soldiers stationed to guard the city of Nephi, Limhi’s people – and Ammon – escape with their flocks through a secret passage in the city’s wall. The Lamanite army pursues them for two days until ‘they could no longer follow their tracks’. It seems unlikely that trackers could lose the trail of an entire city and their flocks and not soon overtake the slower-moving group.” 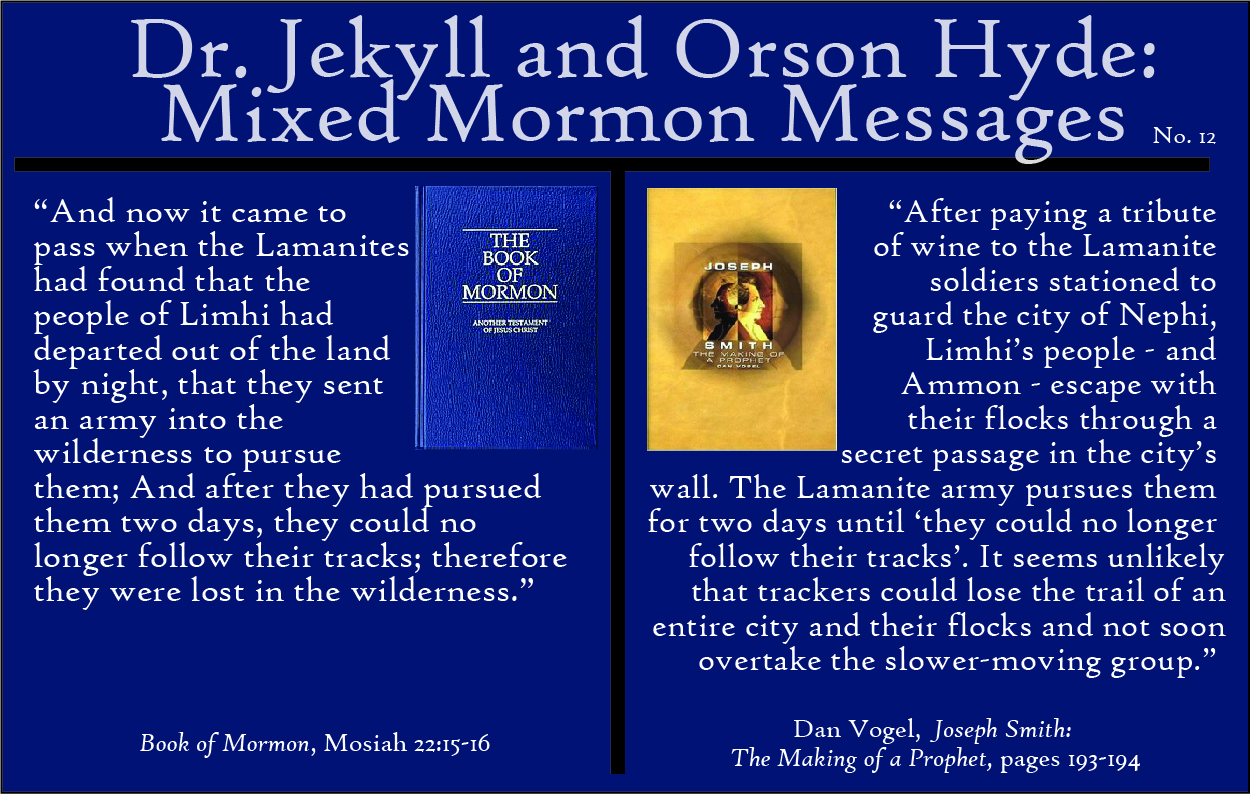