“That exalted position was made manifest to me at a very early day. I had a direct revelation of this. It was most perfect and complete. If there ever was a thing revealed to man perfectly, clearly, so that there could be no doubt or dubiety, this was revealed to me, and it came in these words: ‘As man now is, God once was; as God now is, man may be.’”

Question: “Don’t Mormons believe that God was once a man?”

Hinckley: “I wouldn’t say that. There was a little couplet coined, ‘As man is, God once was. As God is, man may become.’ Now that’s more of a couplet than anything else.” 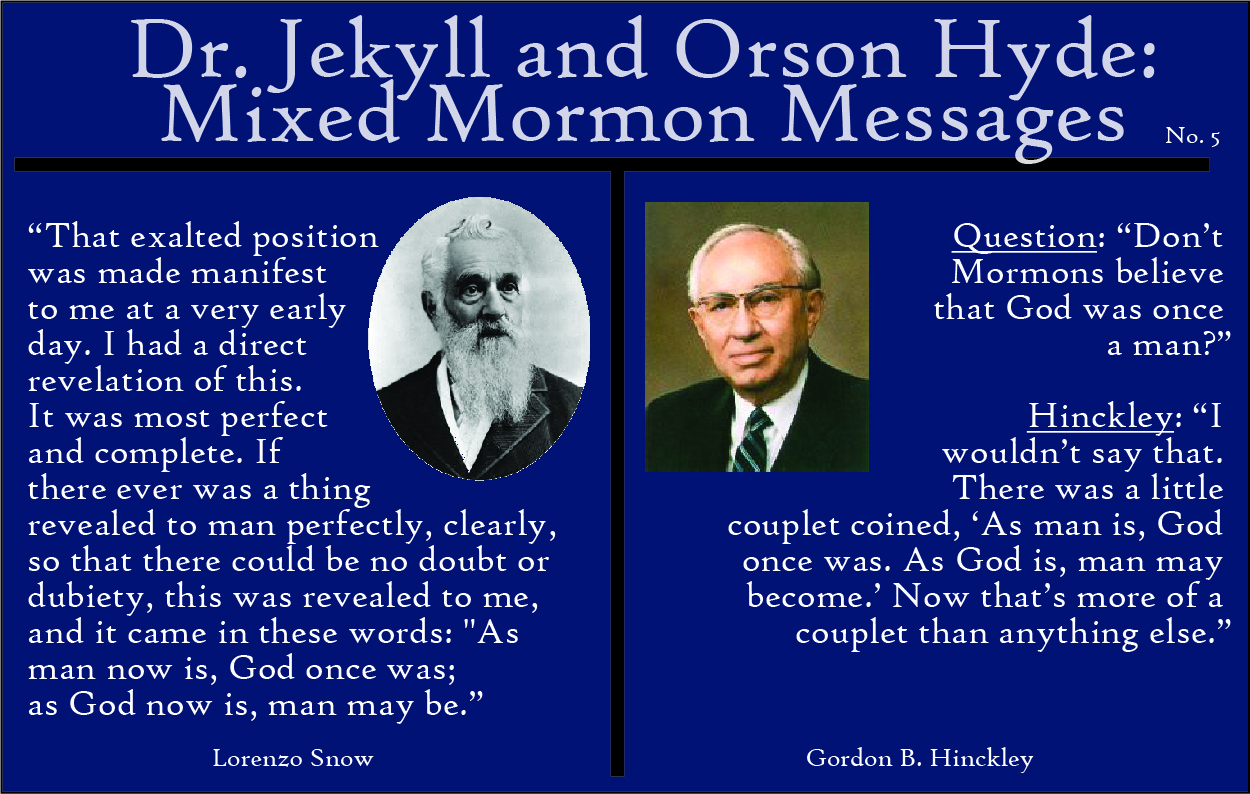