Is the use of ‘trickery’ in missionary work (as with Abinadi), and other aspects of interchange, morally condoned by the Church?

The Book of Mormon clearly indicates that deceptive tactics during war are not only moral but can be conceptually transferred to God’s work. Historian Dan Vogel explains this correlation as it occurs at the end of Alma:

“After thirteen years of military conflict, the war has ground to a halt. Much like the war of 1812, it was the most threatening war since the founding of the Nephite nation. But through faith, perseverance, and stratagem, the Nephites have vanquished the numerically superior invaders and preserved their independence, religion, and families. A key to the Nephite victory was the use of ‘stratagem,’ a feature of American tactics as well. In defending the use of such military strategies as decoy and ambush, the Book of Mormon entered into a centuries-old debate over the morality of such methods. But the Book of Mormon’s defense of stratagem is more than an apologetic for American military strategy; it offers justification for an American holy war. The reasoning is that trickery was justifiable to preserve Zarahemla, then the same kind of trickery, and indeed a political coup, would be justified in defense of America’s salvation.” 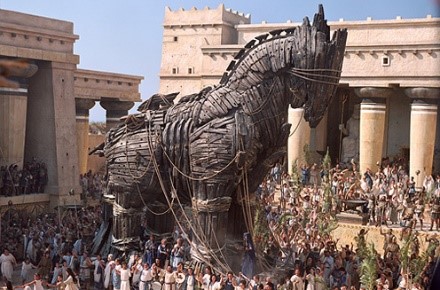