On 8 December 2015, the LDS church released a statement claiming that it “is neutral in regard to party politics and election campaigns.” Church leaders supplied two quotes by Joseph Smith to back up their angle.

Any person living in Utah understands this lie completely.  In 1841, here is what a contemporary minister had to say about it:

“On page 177, Book of Covenants, you have his power [The Prophet; in this case Joseph Smith] over the Church. ‘Wherefore, (meaning the Church,) thou shalt give heed unto all his words and commandments, which he shall give unto you AND HIS WORDS YE SHALL RECEIVE AS IF FROM MY OWN MOUTH.’ – Mark this revelation, for it is important in a political point of view. By this we are told that the Church is to obey all the words and commands of Smith, as though they were from the MOUTH OF THE LORD, both in things spiritual and temporal. Now I ask the community, while men are duped, as we know that they are, is not Mormonism inimical to the institutions of our country? Can not Smith, at any time, set himself up as superior to the civil law? Can he commit any act of depredation, and screen himself from punishment? Can he, ah! does he not, control the votes of his followers? Let the ballot box, at every election where they have voted, answer, and it will be found that they have voted almost to the man, with Smith.” 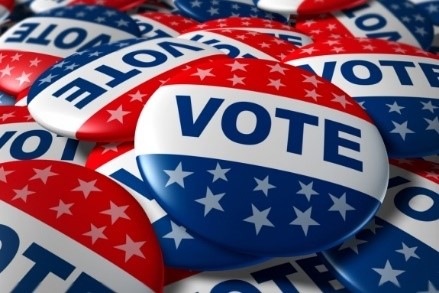