In the handwritten Printer’s Manuscript we read…

The word ‘IN’ would lead the reader to think that the very Catholic (and merciful) concept of ‘Deathbed Repentance’ was a founding concept of Mormonism. Apologists would argue that there are plenty of other instances in the book leading the reader to think this is NOT the case, and that since it was changed to “UNTO” in the 1840 printing of the book (while Joseph Smith was still alive), that ‘IN’ was simply an error in hearing the word from Joseph’s dictation. Indeed, there is little evidence in the years from 1829-1840 that Deathbed Repentance was ‘believed’ (let alone practiced) among the faithful. However, there are plenty of other changes to the text during those years which might lead one to understand that other dogmatic policies were in play which were later discarded. The Book of Mosiah is damaged in the Original Manuscript, and as such we cannot compare it to the later Printer’s Manuscript. As is always the case in errors of this magnitude, one is left to ponder: Why would God allow such an error in “the most correct book” to make its way from the lips of Joseph Smith, onto the (OM) parchment from Oliver Cowdery’s(?) hand, and ultimately into both the 1830 and 1837 printings of the Book of Mormon? 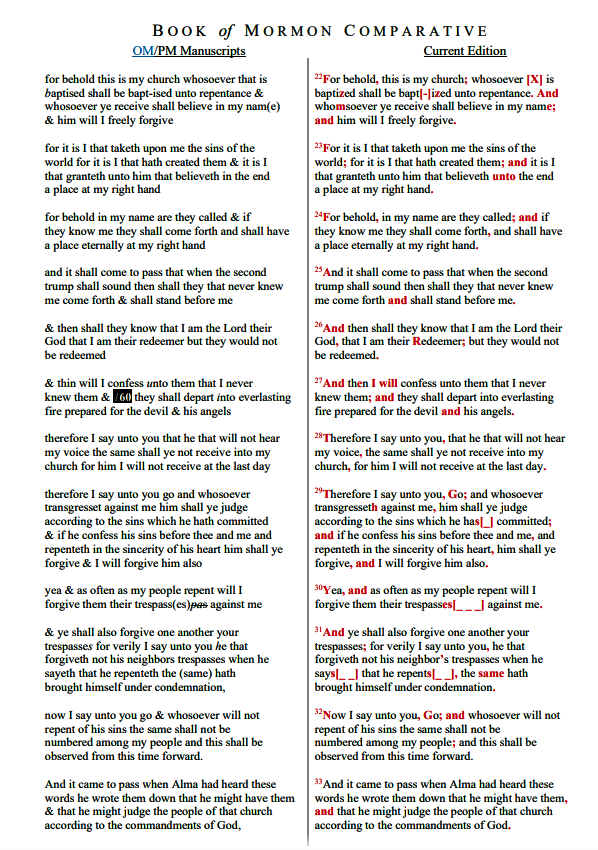