In the handwritten Printer’s Manuscript copy of the pre-1830 Book of Mormon, the town of HELAM is written as HELAMAN twelve times by Oliver Cowdery (see Mosiah 23).

The Original (from which the PM is gleaned) is damaged, so we cannot be certain ‘which way’ the city is named in it. However, since the changes in the PM by Oliver Cowdery are after he penned the text from Joseph’s dictation, one could deduce that the original was HELAMAN.

On-line, the church maintains the name as HELAM, even though it seems obvious that these instances fell from Joseph’s lips as HELAMAN.

Thousands of changes were made between the original handwritten documents and the current edition. To see all of the editing, please read the Book of Mormon Comparative at BOMsource.com. 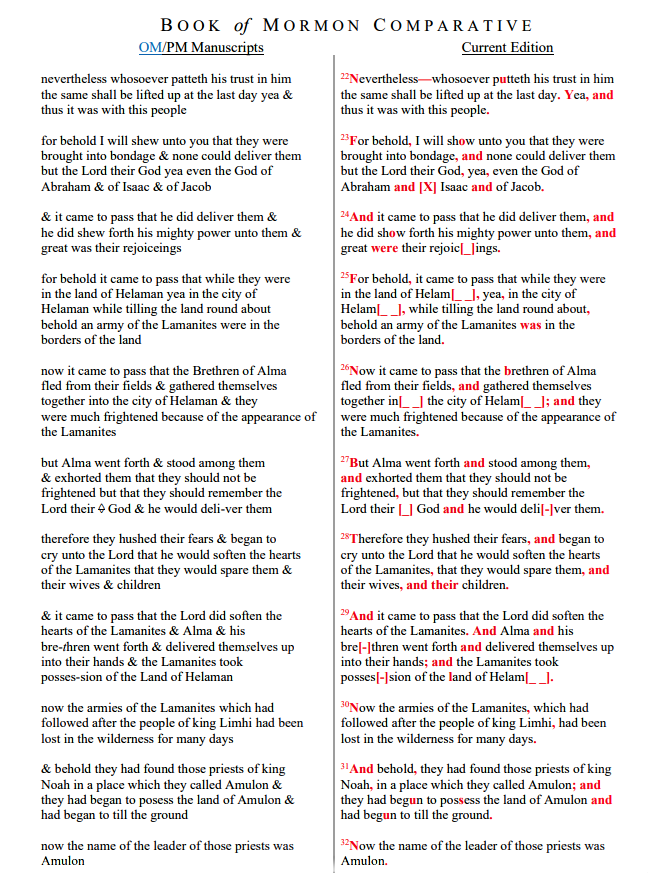