“There is an upper room in the Logan temple. I snuck into it one time while on cleaning assignment at the temple, and then much later my stake leaders got special dispensation to have a stake meeting there to encourage temple attendance. Those tall windows along the long sides of the temple open onto this room on the south side, affording incredible views of Cache Valley. The room has risers at both ends — so, there are ‘stands’ and a pulpit at the front and back of the room (although of course this makes it so there really isn’t a front or back). There are seats on these stands for twelve people, which is how it was in the very first Mormon temples, though I never understood that — why twelve in the ‘front’ of the room and in the ‘back?’ The apostles use twelve of the seats, but why twelve more? Anyway, the seating is modular, I think, so they can set it up for any sized meeting. If I understand correctly, most of the older temples have rooms like this, though I can only speak for the Logan Temple. We were told by a temple worker that many solemn assemblies had been held in that room, and he went on about the long list of prophets and GA’s who’d visited, spoken, and prophesied there. Then he said something like, ‘I could also list the celestial visitors who have been here, in this very room, but, of course, I’m not at liberty to do that.’ He had that little Mormon-smug smile and he winked at someone. But that, of course, was deeply impressive to the members, and they were talking about it for years afterward. After the stake meeting was over, I noticed that you could access one of the temple’s copulas from a side door in the room. The narrow spiral staircase had been roped off so that no one would go up there, but I went up and found a small room that I was later told was for prayer and meditation. The views from up there were even more-grand, but of course rank-and-file ‘schmos’ like me were never intended to see them. I got scolded on my way down by a sister temple worker. She said, ‘We aren’t allowing access to this area right now. Did you not see the sign?’ I was a closeted non-believer at the time and I wanted to say, ‘It’s okay, sister. Jesus wasn’t up there.’ But all I could manage was, ‘Sorry. I couldn’t resist.’” 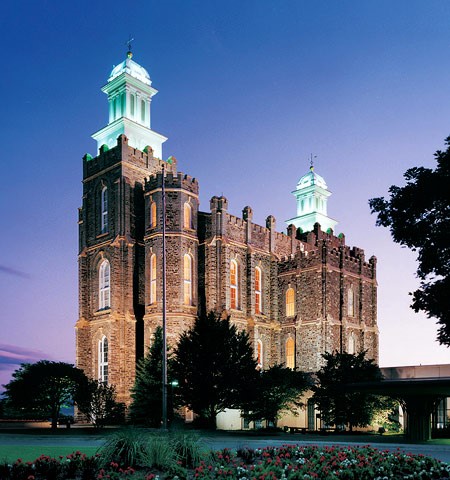