“President Hinckley falling for the neocons’ shock and awe in Iraq. No president…it was not a war with great armies lined up in battle. No, soldiers are not contractually bound to obey any order from a superior. No, God will not hold people opposing the war accountable.

“How could a prophet fall for something so obviously a con job by Bush, Blair, and pals?

“And then giving Dick Cheney an honorary doctorate at BYU, and the giving him the patriarchal grip handshake when he received it (it’s on Daily Motion. Monson also did one with Bush. Sell their tokens? I knew they were no longer prophets). 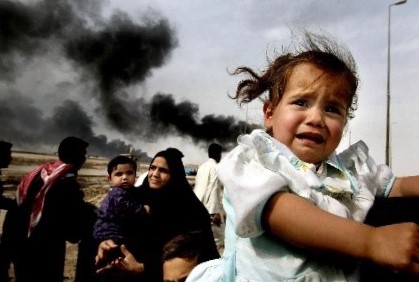