Joseph Smith translated this single symbol (see image) as follows: ‘It was made after the form of a bedstead, such as was had among the Chaldeans, and it stood before the Gods of Elkenah, Libnah, Mahmackrah, Korash, and also a God like unto that of Pharaoh, king of Egypt. That you may have an understanding of these Gods, I have given you the fashion of them in the figures at the beginning, which manner of figures is called by the Chaldeans Rahleenos, which signifies hieroglyphics.’

The symbol (written in hieratic) simply means ‘water.’ Depending on how it’s used in a sentence, it can have other similar meanings which include such words as: Drown, Flood, Irrigate, Besprinkle, Wash, Drink, River, Brook, etc. The hieroglyphic meaning is virtually identical. It is usually interpreted as one word, however, other symbols (as basic as this) might require 2-3 words in English.

According to Joseph Smith’s translation this one symbol (which is Hieratic and not Hieroglyphic) forms 75 words in English. Not one of which gives any hint of the word water. These 75 words are composed of 334 letters. Is it possible to imagine a single character can be translated to form 75 words containing 334 letters? According to LDS faithful this happened by the inspiration of God. The Book of Abraham is officially canonized LDS Scripture.

Here is what is known about the character of the Gods Elkenah, Libnah, Mahmackrah, Korash: Elkenah was the husband of Hannah (and not a God), Libnah was a town (not defined as a God). Mahmackrah and Korash: The history is unknown. 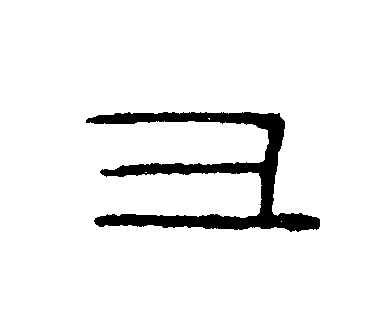