After the Book of Mormon was published, Joseph Smith didn’t treat his creation with a particular amount of zeal…

“[Joseph Smith] did not refer to passages from the book in his writings or sermons, nor was it cited very often by early church leaders.”

Indeed, his very actions slowly began to rebel against many of the more biblical aspects of the book, as he developed contrary doctrines and expanded his penchant for harems. Several witnesses recalled his dismissive attitude toward it when he was about to place the Original Manuscript in the cornerstone of the Nauvoo House, he exclaimed: 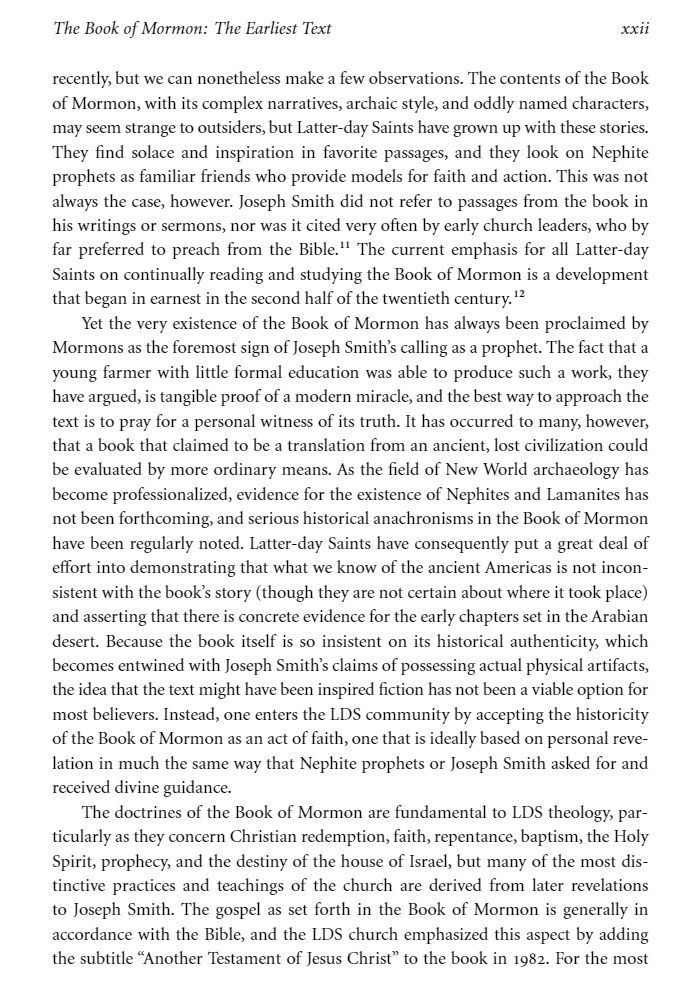