“Accordingly, the doctrine [of blood atonement] asserts that those who commit certain grievous sins such as murder and covenant-breaking place themselves beyond the atoning blood of Christ, and their only hope for salvation is to have their own blood shed as an atoning sacrifice. In his writings, Joseph Smith only hinted at the doctrine, Brigham Young successively denied and asserted it, Joseph F. Smith ardently defended it, and in more recent years, Hugh B. Brown repudiated it and Joseph Fielding Smith and Bruce R. McConkie both have vigorously defended it in principle while staunchly denying that the Church has ever put it into actual practice, whereas most other General Authorities have prudently preferred to remain silent on the subject. It should be noted that the whole notion of blood atonement is so obviously linked to the Mormon literal mind-set that it does not seem to admit of a mitigated, symbolic interpretation and is either accepted or rejected outright, depending on one’s level of literalistic belief.” 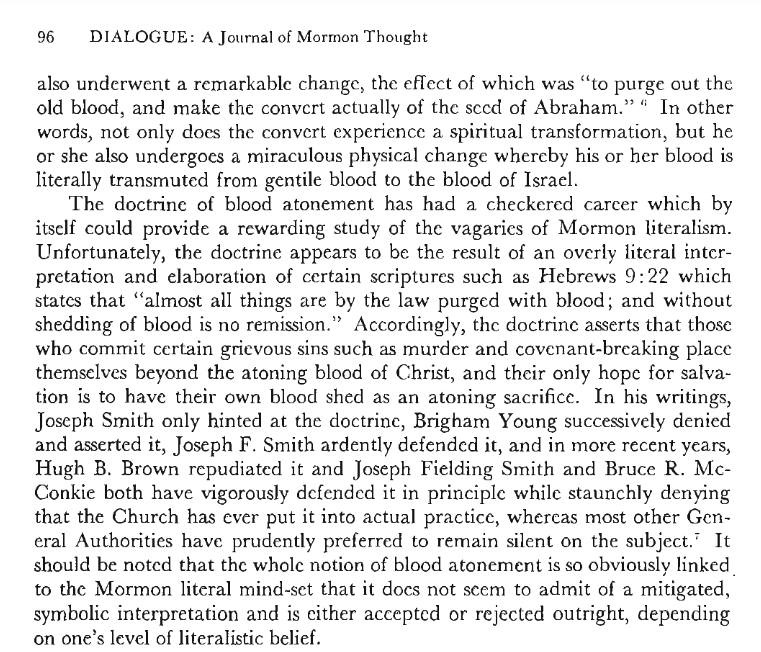