“Those who attempt to pervert the ways of the Lord, and to prevent their offspring from coming into the world in obedience to this great command, are guilty of one of the most heinous crimes in the category. There is no promise of eternal salvation and exaltation for such as they, for by their acts they prove their unworthiness for exaltation and unfitness for a kingdom where the crowning glory is the continuation of the family union and eternal increase which have been promised to all those who obey the law of the Lord. It is just as much murder to destroy life before as it is after birth, although man-made laws may not so consider it; but there is One who does take notice and his justice and judgment are sure.

“I feel only the greatest contempt for those who, because of a little worldly learning or a feeling of their own superiority over others, advocate and endeavor to control the so-called ‘lower classes’ from what they are pleased to call ‘indiscriminate breeding.’

“Th[e] old colonial stock that one or two centuries ago laid the foundation of our great nation, is rapidly being replaced by…the ‘lower classes’ of a sturdier and more worthy race. Worthier because they have not learned, in these modern times, to disregard the great commandment given to man by our Heavenly Father. It is indeed, a case of survival of the fittest, and it is only a matter of time before those who so strongly advocate and practice this pernicious doctrine of ‘birth control’ and the limiting of the number of children in the family, will have legislated themselves and their kind out of this mortal existence.” 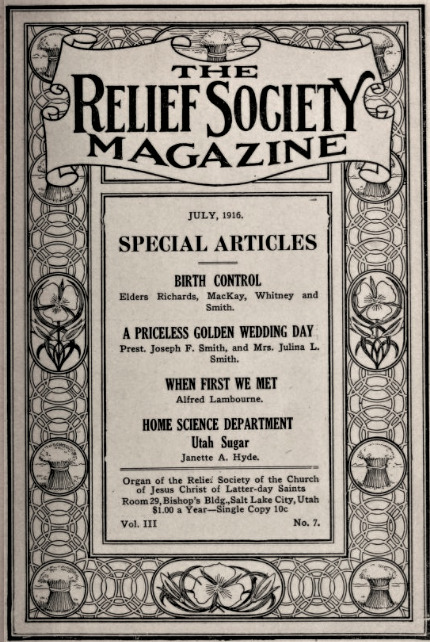