“But who in this generation have authority to baptize ? None but those who have received authority in the church of Jesus Christ of Latter day Saints : all other churches are entirely destitute of all authority from God ; and any person who receives Baptism or the Lord’s supper from their hands will highly offend God , for he looks upon them as the most corrupt of all people. Both Catholics and Protestants are nothing less than the ‘whore of Babylon'” 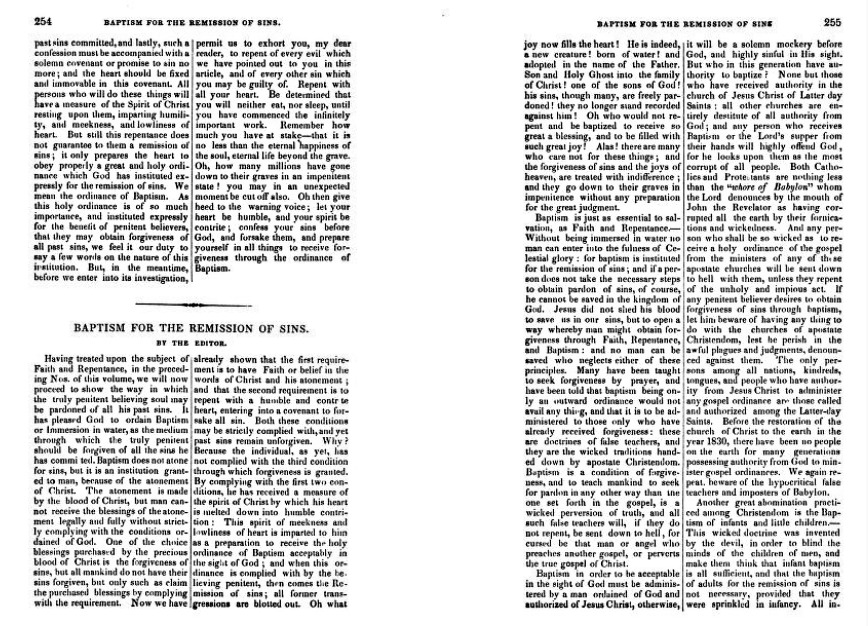