“Douglas A. Wallace was excommunicated from the LDS church for giving the priesthood to a black man. Wallace claimed that the Mormon Church: ‘was behind April police surveillance…that led to the accidental shooting of a Salt Lake City police officer.’” 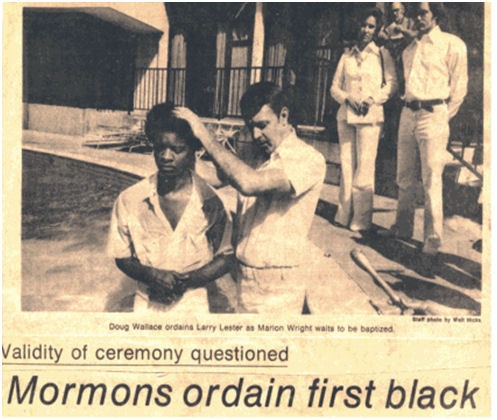