“Right now I am inclined to think that all of those who claim to be ‘prophets,’ including Moses, were without a means of communicating with deity – I’m inclined to think that when Moses was on top of the mount, he was talking to himself and decided that the only way he could get the motley crowd at the bottom of the slope to come to order and to listen to him and to heed him was to tell them that he had talked to God on the mount. If this view is correct, then prophets are nothing more than mortal men like the rest of us, except they saw a great need for change and had the courage to say they had communicated with God and had received a message for man, and were believed (though false in the basic claim that the message came from God and not from man). …Right now I think [Eric] Hoffer comes very close to the truth about prophets and organized religions. Right now I am inclined to think that all who believe in ‘prophets’ as true agents of God are being spoofed – but perhaps for their own good and welfare. When Joseph Smith crash-landed, a lot came down with him, as I see it.” 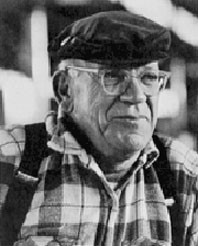