“‘Words of Mormon.’ – The scene is now changed by the author, and we are carried away many hundred years after the coming of Christ.” But the inspired historian, who is called Mormon, begins with his record at the precise period when Amaleki delivers the plates to King Benjamin.”

“If Mormon [Book of Mormon Prophet/Editor] was editing the records of his predecessors, he would have known where to insert a narrative bridge. The real mystery was how he knew Martin Harris was going to lose the original dictation and would need a backup copy, or rather an unedited replacement for everything up to the book of Mosiah [1 Nephi through Omni]. Mormon knew precisely where the seam would occur between the lost dictation and the backup copy.” 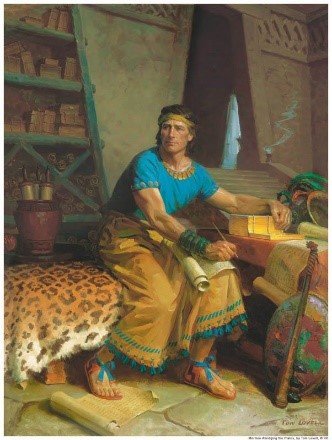