The papyrus Joseph Smith, Jr. translated into the canonized LDS scripture known as the Book of Abraham was nothing more than the fairly common Egyptian funeral rites of The Books of Breathing. Similar varieties of this artifact have been discovered and scholars have accurately translated the language. Dr. W.M. Flinders Petrie explains:

“To any one with knowledge of the large class of [Egyptian] funeral documents to which these belong, the attempts to guess a meaning are too absurd to be noticed. It may be safely said that there is not one single word that is true in these [i.e., Smith’s] explanations.” 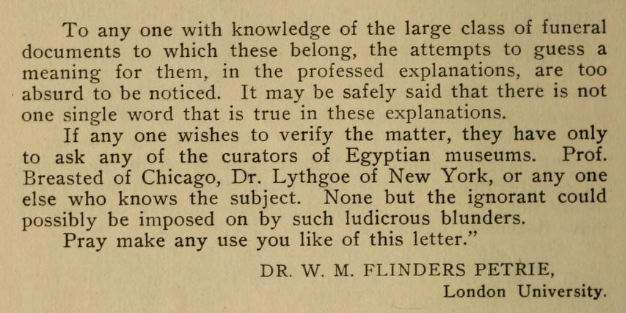