A. The Devil, through the medium of Apostates, who subverted the whole order of God by denying immediate revelation, and substituting in the place thereof, tradition and ancient revelations as a sufficient rule of faith and practice.

Q. Did the great Protestant Reformers restore the Church of Christ to the earth?

A. No: for they had no inspired Apostles, Prophets, or Revelators among them, without which the Church could not be restored.” 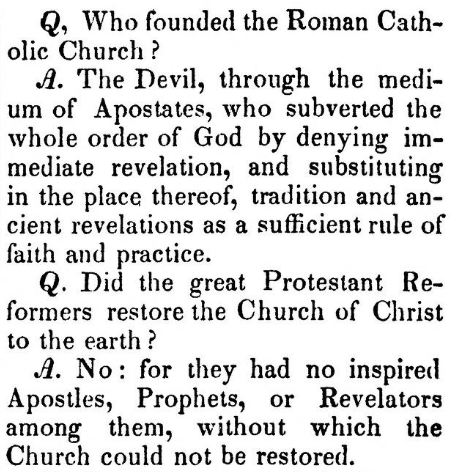