In early 1834, developing Zion – the promised land in Missouri – was meeting with a lot of resistance from the locals. It was apparent that stronger methods were required to create this utopia. On 24 February 1834, Joseph Smith, Jr. received a revelation suggesting more forceful tactics to bring about the Lord’s design, “[T]he redemption of Zion must needs come by power; therefore, I will raise up unto my people a man [Joseph Smith, Jr.], who shall lead them like as Moses led the children of Israel… Let no man be afraid to lay down his life for my sake.”*

Although Moses led 600,000, the revelation was clear that this mighty band should consist of 500 souls. This failed, as the final number traveling was half that – around 230. With the population of Missouri at around 150,000, redeeming it by force would be challenging for these men, women, and children.

Mixed signals were given. The journey would begin with this divine call for violence. However, Joseph also “wanted to resolve the conflict peacefully.”** No explanation was given as to how they could do this both “by power” and “peacefully.” During a skirmish over his dog one night, Joseph remarked, “Men ought never to place themselves on a level with beasts,” he said. “They ought to be above it.”***

Regardless, they were determined to fight like dogs as required.

Near the destination, the failed expedition disbanded on 25 July 1834. Most of the group returned to Ohio – sick and defeated; fourteen died during the 900-mile trek. 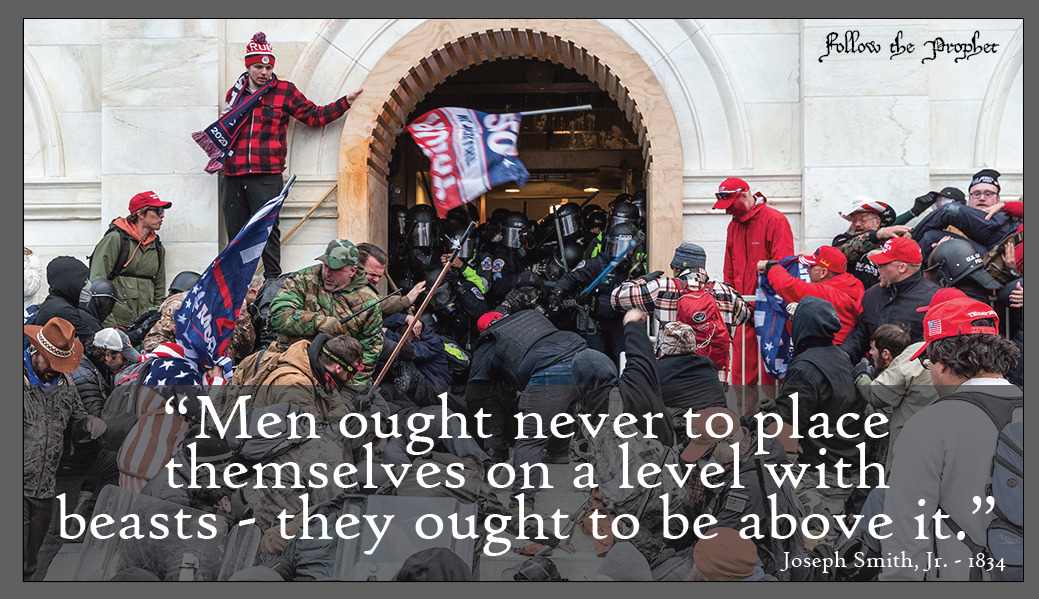