“Mormonism has developed the notion of a self-made deity, who through activism and effort has achieved a relative mastery over the world…a God whose transcendence is merely relative to human perception and whose relatively transcendent position with regard to man and other uncreated elements of the universe is the result of a conquest. God is God because he has risen to ‘Godhood’ by his own labor.” 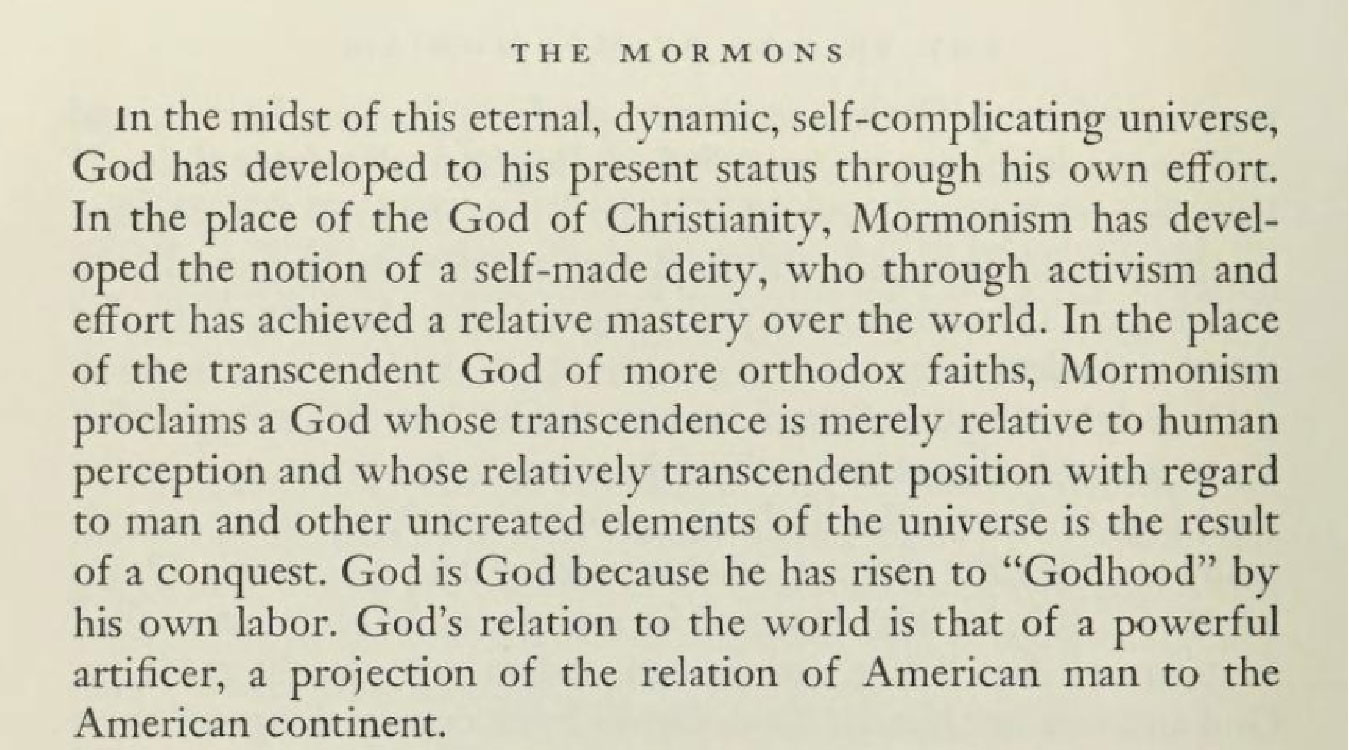