“God himself was once as we are now, and is an exalted Man, and sits enthroned in yonder heavens. That is the great secret. If the veil was rent today, and the great God who holds this world in its orbit, and who upholds all worlds and all things by his power, was to make himself visible—I say, if you were to see him today, you would see him like a man in form—like yourselves, in all the person, image, and very form as a man; for Adam was created in the very fashion, image, and likeness of God, and received instruction from, and walked, talked, and conversed with him, as one man talks and communes with another.

“In order to understand the subject of the dead, for the consolation of those who mourn for the loss of their friends, it is necessary that we should understand the character and being of God, and how he came to be so; for I am going to tell you how God came to be God. We have imagined and supposed that God was God from all eternity, I will refute that idea, and will take away and do away the veil, so that you may see.

“These are incomprehensible ideas to some; but they are simple. It is the first principle of the Gospel to know for a certainty the character of God and to know that we may converse with him as one man converses with another, and that he was once a man like us; yea, that God himself, the Father of us all, dwelt on an earth, the same as Jesus Christ himself did; and I will show it from the Bible. I wish I was in a suitable place to tell it, and that I had the trump of an archangel, so that I could tell the story in such a manner that persecution would cease forever. What did Jesus say? (Mark it, Elder Rigdon.) The Scriptures inform us that Jesus said, ‘As the Father hath power in himself, even so hath the Son power’—to do what? Why, what the Father did. The answer is obvious—in a manner, to lay down his body and take it up again. Jesus, what are you going to do? To lay down my life, as my Father did, and take it up again. Do you believe it? If you do not believe it, you do not believe the Bible. The Scriptures say it, and I defy all the learning and wisdom and all the combined powers of earth and hell together to refute it.

“Here, then, is eternal life—to know the only wise and true God; and you have got to learn how to be Gods yourselves, and to be kings and priests to God, the same as all Gods have done before you.” 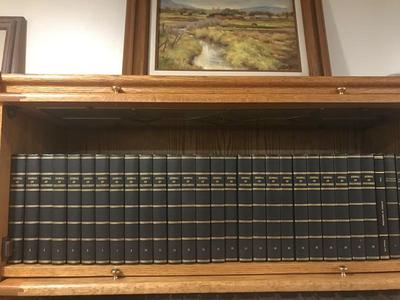