“The day of the [Native American] Lamanites is nigh. For years they have been growing delightsome, and they are now becoming white and delightsome, as they were promised. In this picture of the twenty Lamanite missionaries, fifteen of the twenty were as light as Anglos; five were darker but equally delightsome. The children in the home placement program in Utah are often lighter than their brothers and sisters in the hogans on the reservation. At one meeting a father and mother and their sixteen-year-old daughter were present, the little member girl-sixteen-sitting between the dark father and mother, and it was evident she was several shades lighter than her parents on the same reservation, in the same hogan, subject to the same sun and wind and weather. There was the doctor in a Utah city who for two years had had an Indian boy in his home who stated that he was some shades lighter than the younger brother just coming into the program from the reservation. These young members of the Church are changing to whiteness and delightsomeness. One white elder jokingly said that he and his companion were donating blood regularly to the hospital in the hope that the process might be accelerated.” 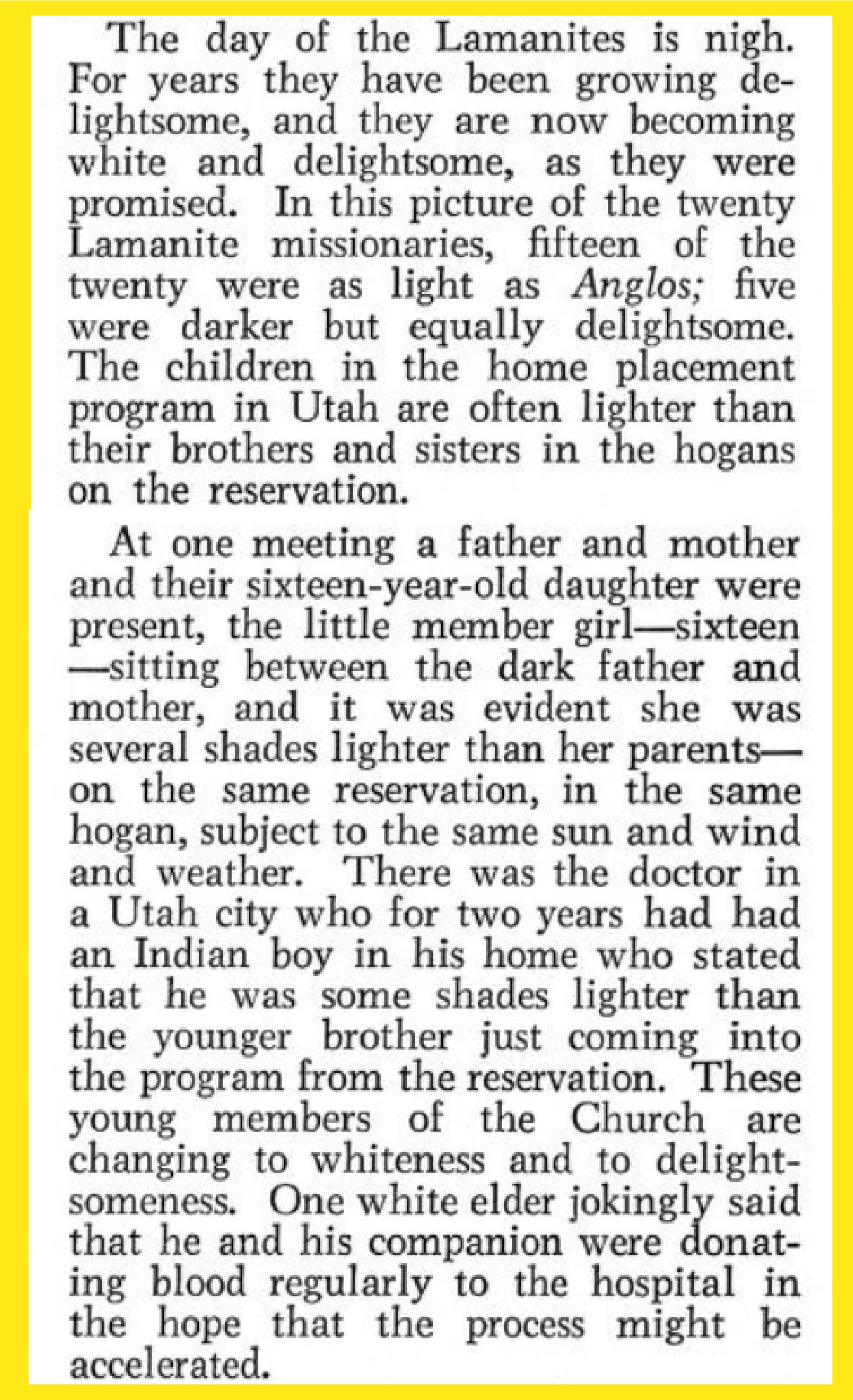