“Missionaries are expected to keep regular personal journals and to write home once a week. They are not permitted to communicate with family and friends by fax or e-mail and are allowed only two telephone calls home each year, on Christmas and Mother’s Day. Collect. The telephone restriction is observed even in emergencies. When Van Noy’s younger sister was critically injured in a traffic accident a few months earlier, all communication was through an intermediary at the New York mission office. The sister recovered, but had she died, Van Noy would have been expected to remain focused on his assignment in New York and not fly home for the funeral. Missionaries are not allowed visits from family or friends during their tours either, though such draconian restrictions are not applied to the older missionaries, who are usually couples (Individual widows can serve, but widowers are not accepted).

“Missionaries may not date, and all contact with the opposite sex is strictly regulated. The missionary handbook warns them, ‘Never be alone with or associate inappropriately with anyone of the opposite sex. Flirting or dating is not tolerated. You are not to telephone, write to, or accept calls or letters from anyone of the opposite sex living in or near mission headquarters.’ They are advised to visit single members or ‘investigators’ (potential converts) of the opposite sex only with additional adults present, a precaution always to be carefully observed ‘even if the situation seems harmless.’” 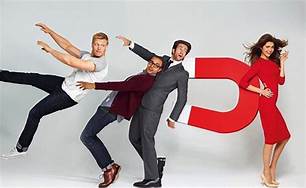