Joseph Smith, Jr. (1st Mormon Leader) was the person who claimed God told him about the flaws in all religions. He said that God told him directly to “join none of them.”

Yet he attempted to join the Methodist Church, where his wife was a member. Records show that in 1828 he was expelled, because of his belief in magic and because of his money digging activities.

The question comes to mind, hypothetically: If God appeared to you directly and told you to join NO Church, and at the same time explained that their creeds were an abomination, why would you ever attempt to join one? 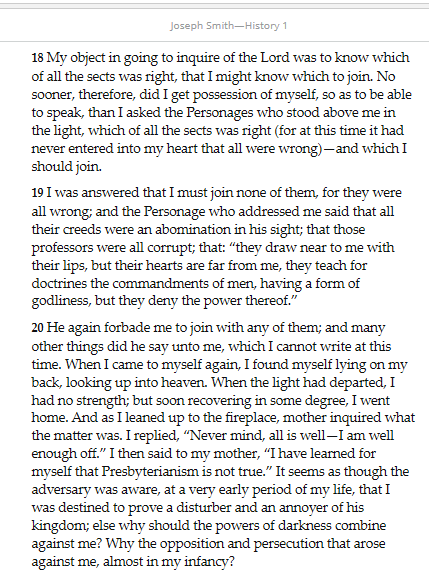