“As far back as 1837, I know he [Joseph Smith, Jr.] said the moon was inhabited by men and women the same as this earth, and that they lived to a greater age than we do – that they live generally to near the age of 1000 years. He described the men as averaging near six feet in height, and dressing quite uniformly in something near the Quaker style.” 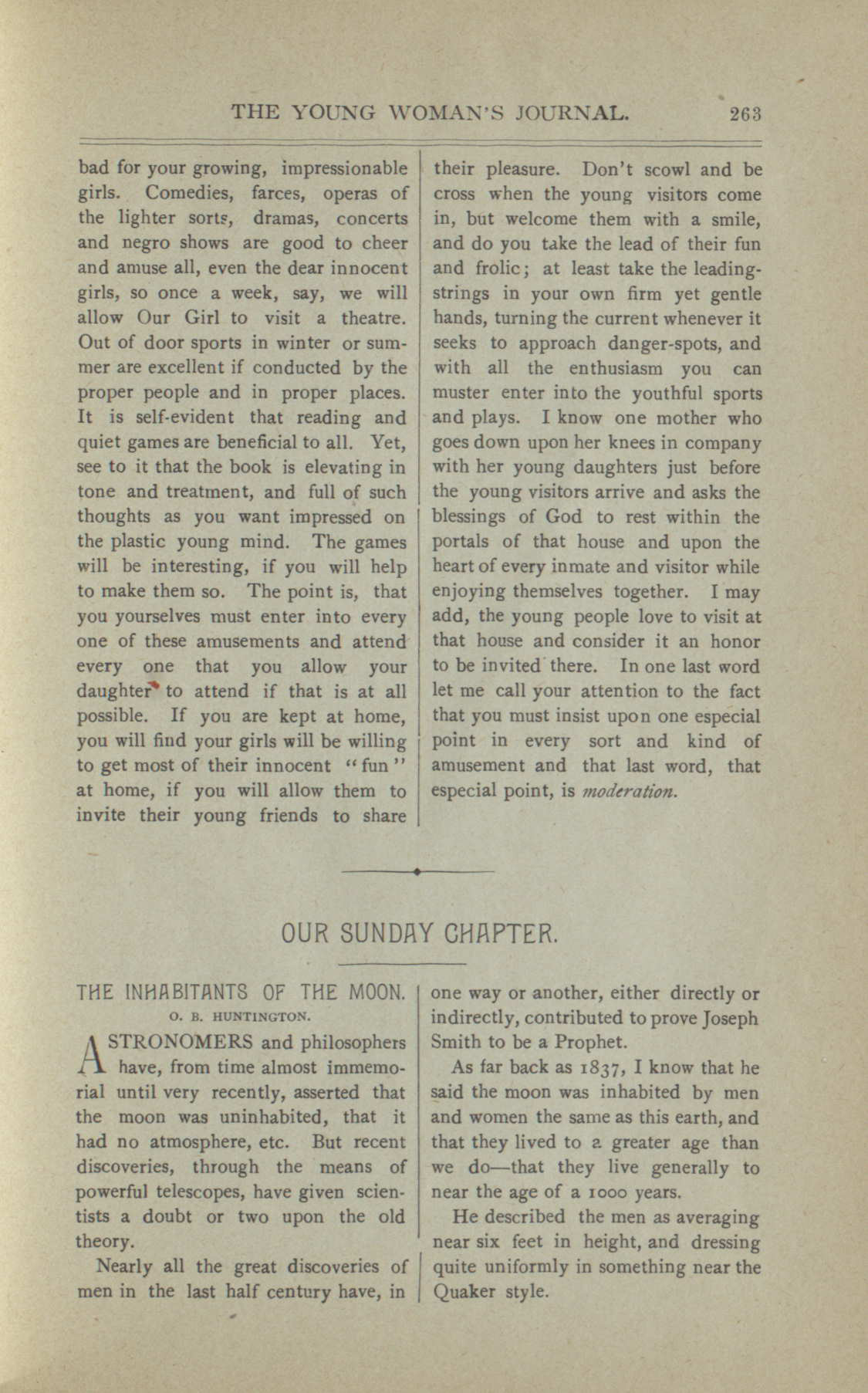