As you learn of each new bride Joseph Smith charmed, you find an interesting trend: Many of the women he married were either invited to stay in his home with Emma (usually years before the engagement), or he stayed over at their house on a journey of some sort.

Martha was no exception. It seems if you were going to target a typical plural marriage (as strange as that sounds) this would probably be it.

Few of the Pre-Utah days have much information, but what seems to be the most interesting aspect about the life of Martha McBride is the same thing she typically shared with others of Joseph’s harem: She was a strong and independent woman. Most of these early LDS women deserve far more recognition than the Mormon Church gives them. Hiding their marriages to the Church’s founder means that it’s essential to keep them out of the limelight in other ways.

This is a shame and a scar that the modern Latter-day Saint gives to the original history of the Church and their brave women.

Martha is a perfect example of a vital force in Mormon history that does not get proper recognition for her suffering: After enduring many of the most dire episodes in crossing the plains, Martha (who was now the bride of Heber C. Kimball; as was Sarah Ann Whitney before her) was called by Brigham Young to help settle the area now known as Ogden, Utah (about 40 miles north of Salt Lake City). Her husband, who was burdened with perhaps the largest congregation of plural wives, was needed in Salt Lake City and rarely visited Martha. At this time the Ogden area was a prime spot for Native Americans, and they watched the Mormons expand into their land with some hesitation and some violence. Martha McBride was able to live through these trials and deserves more credit than many of the early Mormon men do for her fortitude. 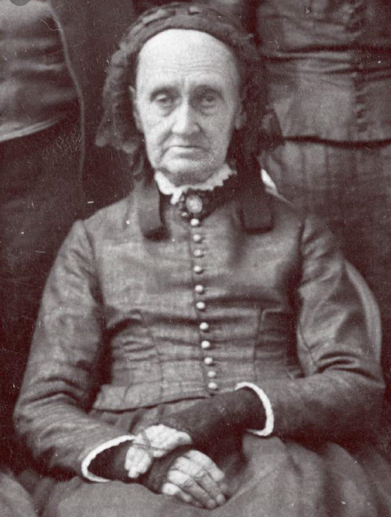