“The grand reason of the burst of public sentiment in anathemas upon Christ and his disciples, causing his crucifixion, was evidently based upon polygamy, according to the testimony of the philosophers who rose in that age. A belief in the doctrine of a plurality of wives caused the persecution of Jesus and his followers. We might almost think they were ‘Mormons.’” 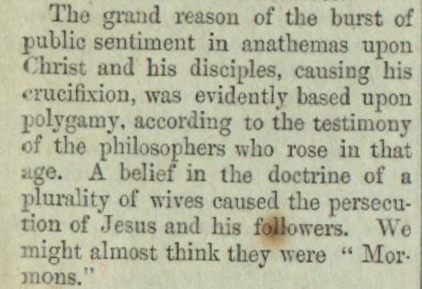