While still evolving the tenets of the religion, Joseph Smith tackles the basic ideas of the Church in the Lectures on Faith. Within these words, there are hints about early Mormonism having a certain universally Christian ideal. Although not completely paralleled with Christianity, the primitive notions of Mormonism absolutely resonate with certain aspects of the Trinity: 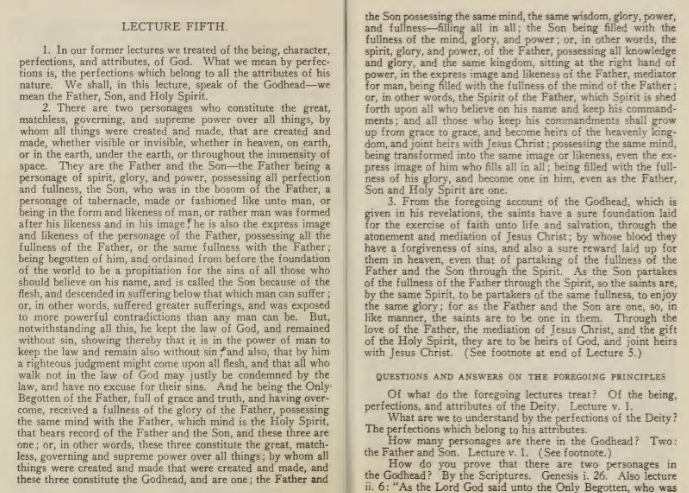