“The reader is familiar with scenarios of deprogramming persons who have been wrapped up in a cult. The process of divorcing yourself from ideas you may have been taught all of your life (and accepted as being true) and acclimating yourself into the real world can be the toughest part of your journey; it’s also vital in order for you to fully realize the value of personal freedom.

“There has been a debate for years as to whether the LDS Church is a ‘cult.’ The line in the sand is usually drawn by the fact that Mormons do not expect you to live in an enclosed/confined society; at least, not anymore. If you look at the FLDS Church, you will see this idea in full bloom. They are an offshoot of the LDS Church which believes in following the faith strictly as it was taught from the beginning, without the editing of scriptures, church history, temple rites, etc. If you watch an episode of ‘Big Love’ on television, you will get an accurate picture (maybe 90%) of what both the Mormons (LDS) and the Fundamentalists (FLDS) believe in. This is a healthy exercise for all people who are within or without the LDS faith. There seems to be NO debate as to whether the FLDS Church is a cult, yet they are practicing what Mormons taught in its purest form. What’s the biggest difference? The LDS Church modified their beliefs to fit into society and hide their shame, whereas the FLDS Church clings to the original tenets.

“Mormons are masters of mind control. This is not an arbitrary evaluation, rather one which has scientific backing as well as the personal experiences of thousands of people who have left the faith and can testify as to this tactic. It is REAL.

“If you’re an investigator, I beg you to confront the missionaries with this book. Start with the issues which are most troubling to you. Expect answers to them and stand firm about it. The missionaries are trained to baptize you (I’m sure you’ve felt the pressure) and because they present the Church in such a favorable light you might be tempted to believe them. You are not required to believe anything. Your life will change in so many ways if you allow their deceit to grip you. Be strong! Most of these missionaries are boys who have been born into the church and have only read the Book of Mormon for the first time while on their mission. Should you be putting the rest of your life into the hands of a couple of clean-cut boys having been pushed into a mission by their parents and are ‘learning-as-they-go?’

“If you’re already a member, you have a much harder decision to make. There are not many deprogrammers who will help you leave the Mormon religion. You need to evaluate your soul for something which gives you answers the church doesn’t give you. For some, this is art, for some this is science. There are many avenues – you need to find yours. You already know it; just pinpoint it.

“There is nothing easy about this choice. You might think you can just stop going and it will be over. That’s not true. The Church will hunt you down. M. Russell Ballard remarked:

We know where you are. We’ve got our radar focused on you.

“If you’re on their lists you will be questioned as to why you don’t attend, and how they can help bring you back.

“If you’ve made it to this point successfully then you’re soon to experience a sort of epiphany or paradigm shift (if you haven’t already). This happens to everyone who comes to a firm understanding that the LDS Church is false. Some claim it to be a spiritual manifestation while others just note it as a change of perspective.

“Regardless of how it happens to you, this will be the trigger point for your new life.

“The difficult part of leaving the faith is still ahead of you. However, once your feelings are outside of the box it makes the change much easier.

“It is most often a sad fact that active LDS folk will dismiss the ideas presented by those of us who have left the faith with the premise that we simply weren’t dedicated enough, or we didn’t work hard enough to know what was true. In most cases nothing could be further from the truth.

“There are certainly those who leave the faith because they were never really interested in it; mostly people who have known about the faith since birth. There are others who leave because the standards they are required to keep don’t agree with their lifestyles, and others who have crossed into forbidden zones beyond the point of no return. Some of these people may have never ‘stepped up to the plate’ to gain a testimony of it.

“Those who have made a deliberate choice to leave, have done it through careful evaluation and resolute prayer. Amazingly, there are many people leaving the LDS faith for the very same reasons they joined it; they were convinced in their heart of its truthfulness at first, and by that same standard their heart later told them it is false.

“Some of us never knew about many of the things in this book when we made our exodus; until years later.

“I used to be convinced the best person to talk to about a religious belief was a devout follower. I no longer believe that, as too many of them have myopic perspectives on life because of their devotion. Those who have been ‘in and out’ of religion and have lived firmly on both sides of the tracks (and are in committed relationships with all aspects of life) are the ones I now find the most confidence in.

“Some may interpret the humor of this book as a sign I hold a grudge toward the LDS church, or that I’m bitter and hateful. This is not my intent and it is not true. My heart goes out to everyone who has been trapped in the snare of Mormonism. I don’t have a prescribed path for you to follow, and therefore am not in the conversion business. The beauty of the escape lies in the fact that YOU are once again allowed to take control of your life, regardless of the path. Never again allow a group or person to have the same power, influence, or authority over you. You deserve to own yourself.” 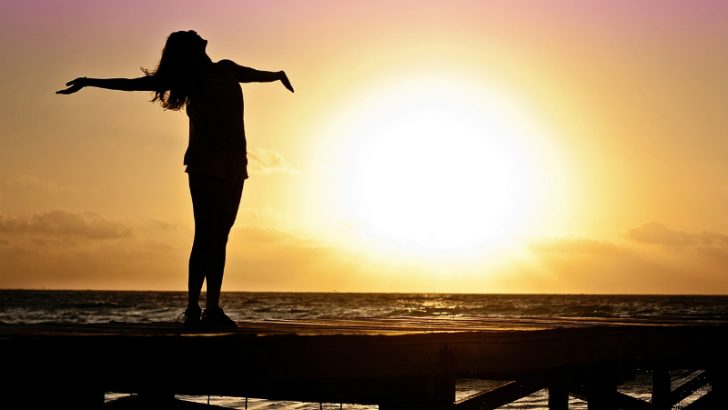